Former Miss India Ruhi Singh is somewhat of a creative tour de force. Whether she’s executing a roundhouse kick while doing her own stunts on set, making a formidable fashion statement on Instagram, or slipping into a comedic routine on the Internet, Singh takes to multiple avenues of art like fish to water. No natural but a true practitioner of grit and discipline, it’s little wonder that the actor, model, and content creator has emerged as one of the most versatile talents on the pop culture block. All set to further carve her mark as a performer par excellence, Ruhi Singh is kicking off 2021 with a dauntless role as inspector Meera in ALTBalaji/ZEE5’s highly anticipated action/thriller series Bang Baang that arrives on January 25th. With an array of exciting projects on the horizon — an upcoming social drama series, Punjabi pop artist Ninja’s “Satane Lage Ho,” romantic ballad “Izaazat” with digital powerhouse Mr. Faisu, comedy-drama series Runaway Lugai, Telugu crime drama Mosagallu, and more — Singh is forging a legacy as a diverse actor across languages, genres, and mediums. This year heralds a true breakout talent on the rise! 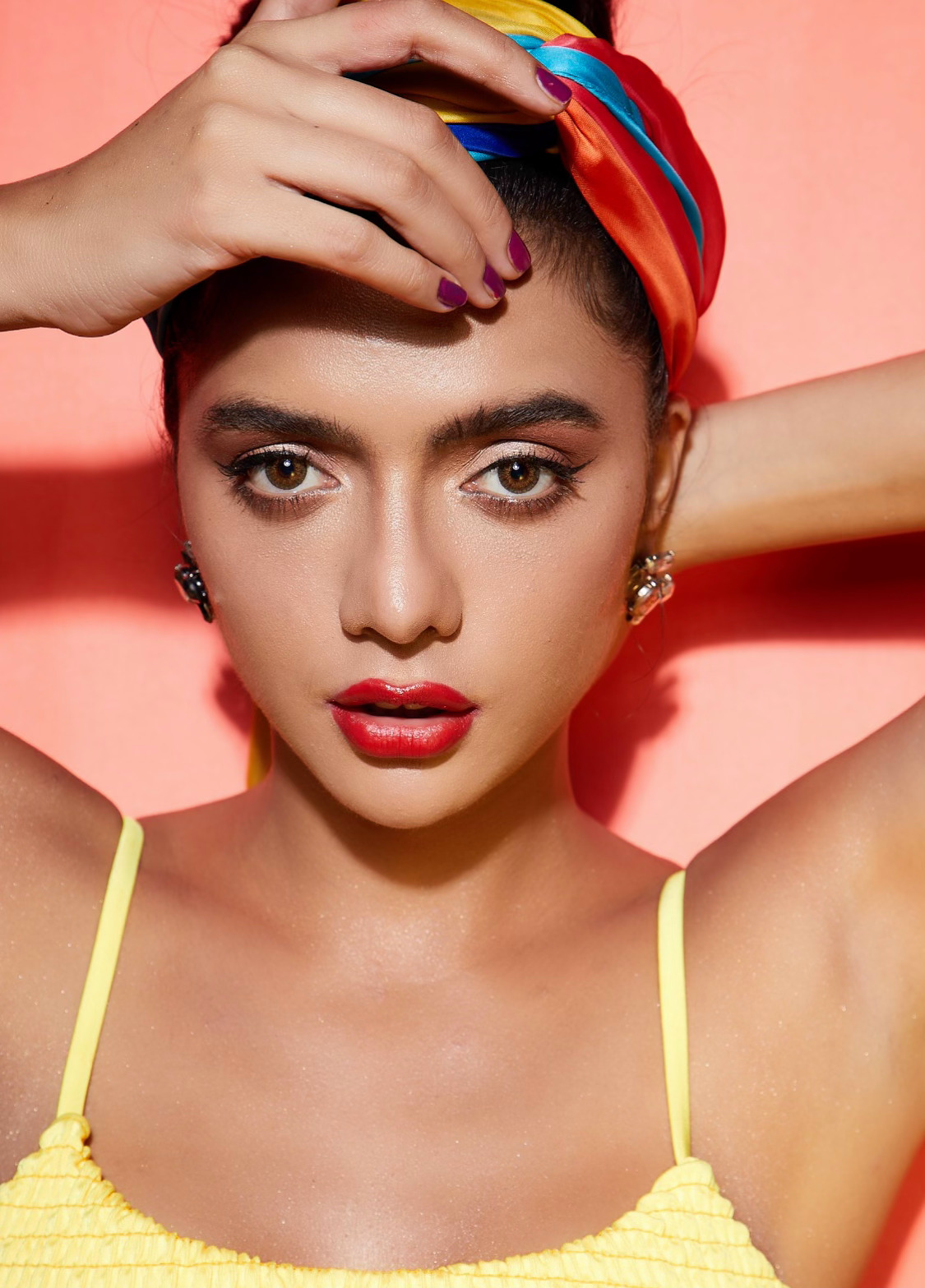 Says Ruhi Singh, “2021 is shaping up to be a fantastic year for me because I finally get to showcase the range of roles I’ve been tapping into. I love action and I’ve done my own stunts in ‘Bang Baang.’ I thoroughly enjoyed playing Meera in the series because I could lean on my martial arts and kickboxing training. Women have begun to make waves in the action space on the screen and I’m glad to be joining this important legacy.”

No stranger to the spotlight, Singh first rose to prominence in 2014 when the actor was crowned as the first-ever Femina Miss India Universal Peace and Humanity. The laurel came on the heels of appearing in Candian filmmaker Nisha Pahuja’s Emmy-nominated 2012 documentary The World Before Her, which partly chronicled Singh’s aspiration to become Miss India, while also exploring the complex and conflicting environment Indian women are faced with on their journey to success. Singh then garnered critical acclaim with her cinematic debut in celebrated filmmaker Madhur Bhandarkar’s 2015 film Calendar Girls wherein her portrayal of a model on the ascent to superstardom made a layered statement on ambition, bringing a nuanced outlook to the faces that represent the industries of film and fashion.

The actor has since cemented herself as a creative maverick, building an online community of over 1.6M people who are tuned into her multifaceted platform of health, comedy, beauty, literature, travel, and more. Her roles in That Neighbour’s Wife — a short film that created awareness about domestic violence — as well as the music video for iconic composer duo Salim-Sulaiman’s hit ballad “Maangi Duaein” further set Singh apart as an unparalleled talent in 2020. 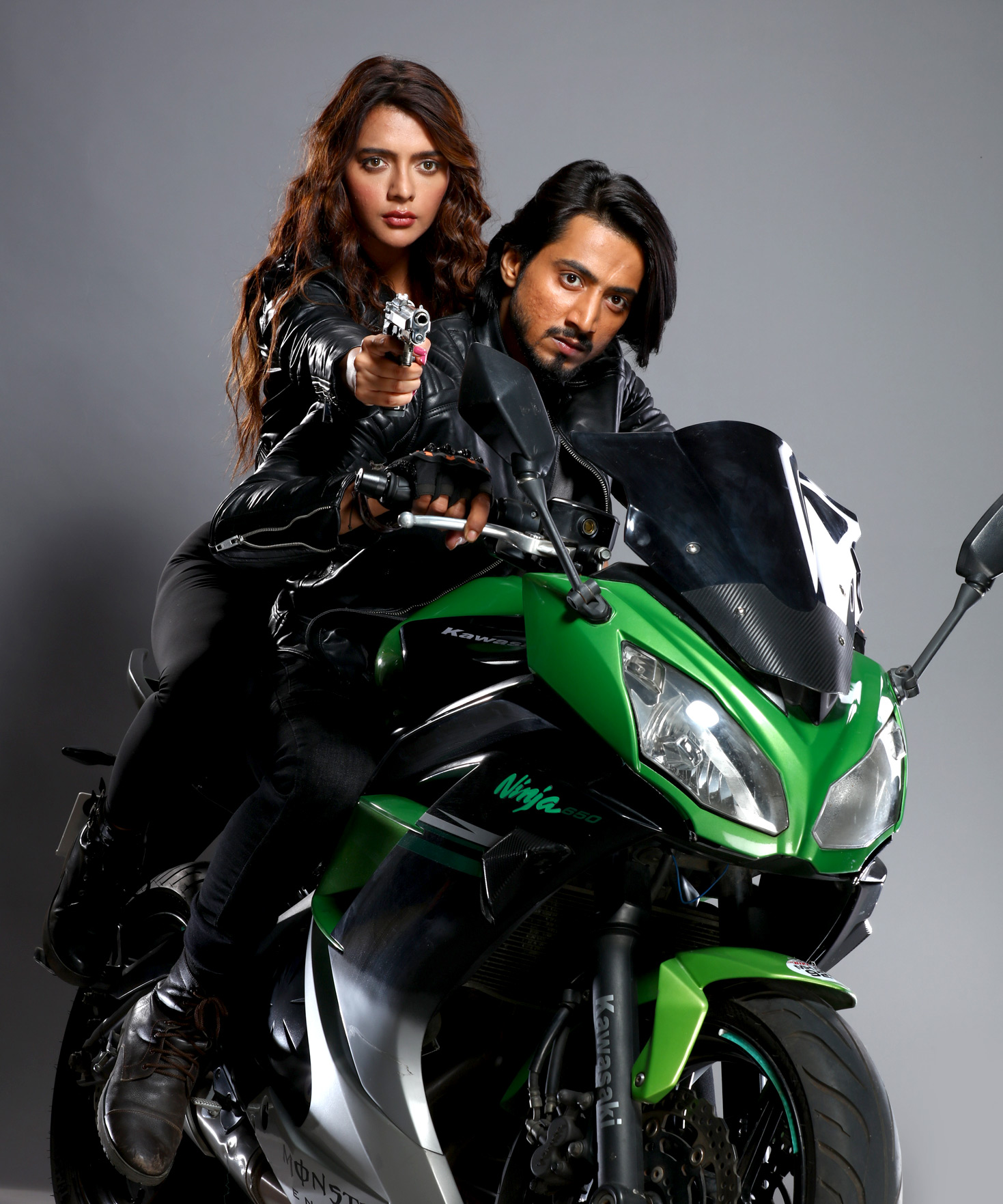 Entering 2021 with a literal bang, Ruhi Singh plays a badass cop with a rock-solid mandate for carrying out justice in Bang Baang. Starring alongside her “Maangi Duaein” co-star and frequent digital collaborator and Internet sensation Mr. Faisu, Singh essays the role of Meera, an ambitious and righteous go-getter in the action/thriller series. A critical thinker with razor-sharp focus and wit, there’s no criminal beyond Meera’s reach. Fearless and formidable, Singh’s Meera is a femme fatale that’s set up to be no pawn, but the ruler of the game in Bang Baang.

The actor, who is adept in kickboxing and martial arts, even performed her own stunts in the series. She performs backflips and packs a punch with equal panache and ease in Bang Baang’s many challenging action sequences. Already a household name, Bang Baang signals a new, thrilling chapter for Ruhi Singh as a new-age action powerhouse, marking a special space in pop culture that’s recently begun to see the rise of fierce female action figures.

Singh is also all set to appear in an upcoming social drama series by MX PLayer, alongside Prateik Babbar (Jaane Tu... Ya Jaane Na, Four More Shots Please!), in 2021. Produced by critical powerhouse Applause Entertainment (Criminal Justice, Scam 1992), the series is an exploration of the consequences of social media. In a world where the boundaries are increasingly blurring, Singh plays the role of a woman grappling with the invasiveness of social networks. The actor will also be seen in MX Player’s comedy series Runaway Lugai, starring alongside veteran actor Sanjay Mishra and streaming sensation Naveen Kasturia. The show will tap into the hilarity that ensues when love quite literally gets away. 2021 will also see Singh make her Tollywood debut with the Telugu crime thriller Mosagallu alongside South Indian megastar Kajal Aggarwal. Tapping into the world of cybercrime, the film will delve into the story of the world’s largest I.T. scam. Singh will also be seen in Punjabi pop artist Ninja’s upcoming music video for “Satane Lage Ho” where she’ll play the roles of a Haryanvi Sarpanch as well as that of a Punjabi woman. The actor is also all set to appear alongside Mr. Faisu, again, in B Live’s music video for “Izaazat,” playing a Portuguese waitress as the duo continue their tradition of creative collaboration.

Adds Ruhi Singh, “I’m someone who is curious about different languages, cultures, and emotions. So, while I loved exploring comedy on ‘Runaway Lugai,’ I also had a blast playing a Haryanvi Sarpanch in ‘Satane Lage Ho’ and a Portuguese waitress in ‘Izaazat.’ As the world expands, safety and freedom are becoming equally important too and I’m glad I could essay the role of someone who grapples with both these facets of life in an upcoming social drama series that is bound to strike a chord with viewers. As an actor, it’s my dream to be able to play diverse characters and bring their stories to life. I hope these characters and their tales enrich you as much as playing them enriched me.” 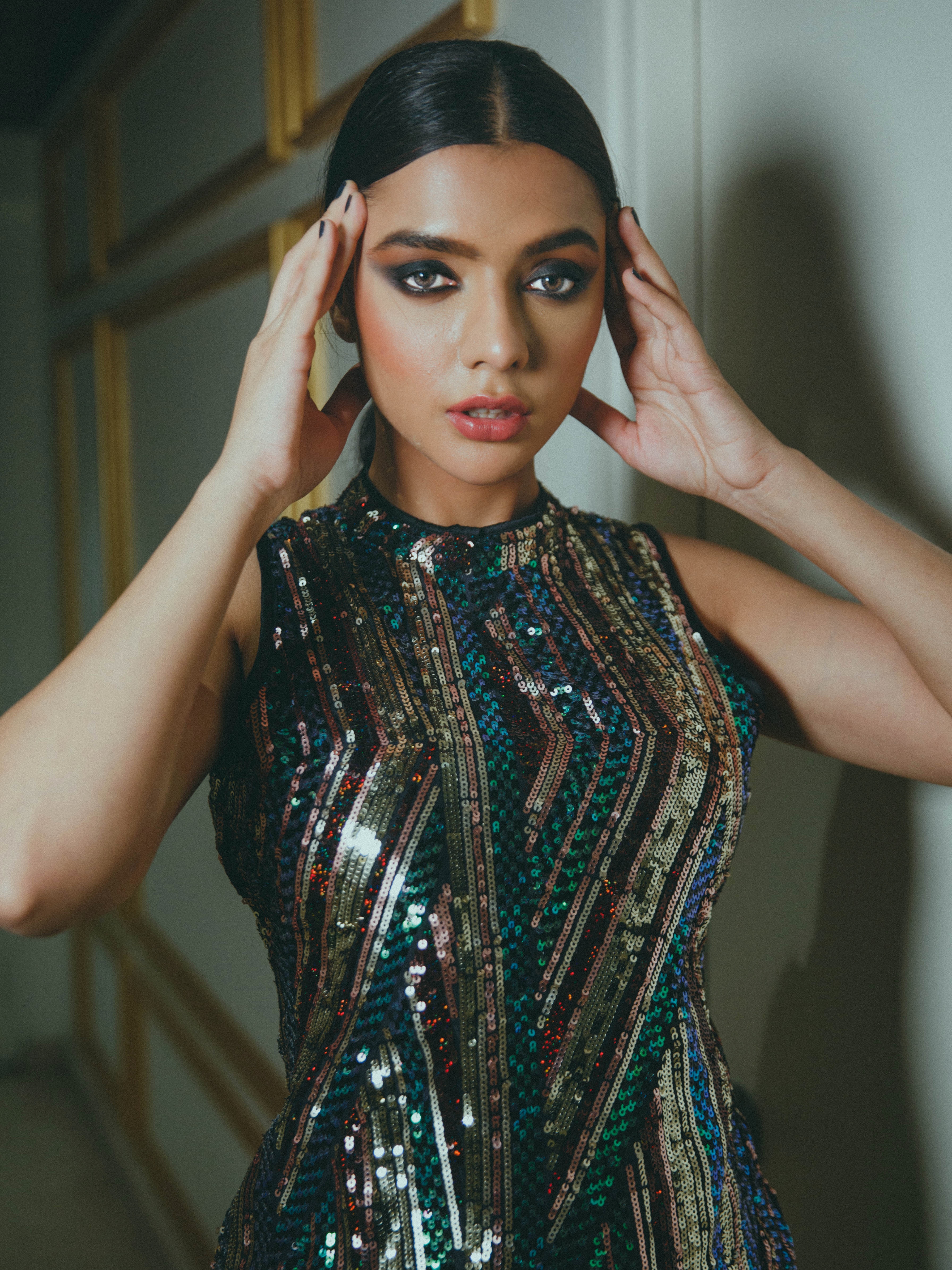 Singh’s repertoire across the genres of action, drama, and comedy, her linguistic finesse in Hindi, English, Haryanvi, and Punjabi, as well as her foray into the mediums of film, OTT, music, and digital foretell a versatile performer on the rise. Whether it’s doing her own stunts in Bang Baang, getting into the skin of a layered character in a social drama, or leaving you in splits with her comedic capability in Runaway Lugai, Singh is bound to realize a powerful creative legacy in 2021.