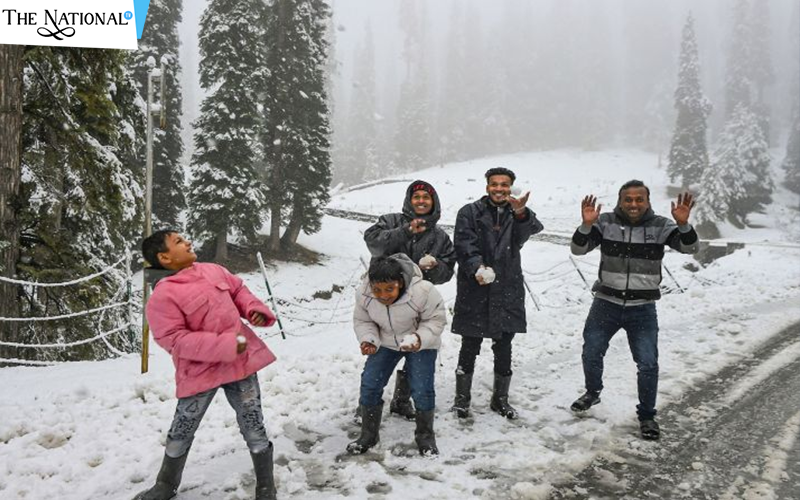 Srinagar received a fresh spell of snowfall on Thursday which leads to a dip in temperature across the northern states of the country. Earlier on Wednesday, the local weather office had said the higher reaches of Jammu and Kashmir will receive heavy rainfall in the plains during the next three days. The Met office had also issued an adverse weather advisory over the snowfall forecast. "Due to the adverse weather conditions during the next two to three days, air and surface traffic is likely to be disrupted during this period. Surface transport between the Kashmir valley and the Ladakh region is likely to be disrupted because of heavy snowfall at the Zojila Pass," it had said

The Traffic affected many areas

"Traffic between the valley and the Jammu region is also likely to be affected especially through the Mughal Road," an official of the Met department had said. Following the weather advisory, a high-level meeting was held by the provincial administration to alert all disaster management machinery at the district level across the valley. "The administration is ready to deal with any adverse weather condition and all concerned officials have been alerted at the provincial and the district levels," a senior officer of the provincial administration said. Meanwhile, flight operations at Srinagar Airport were on Thursday disrupted due to heavy snowfall.

A few other flights were delayed due to the change in weather. Heavy snowfall has already started in Sonamarg and at the ski resort of Gulmarg since Wednesday morning while heavy rains lashed the valley during the previous night. Locals have already taken out their winter clothing as most Kashmiris wore the traditional ''Pheren'' (tweed over garment) in the valley. With the electric supply remaining as erratic as ever, the earthen fire-pot oven in a basket of willow wicker called the ''Kangri'' continues to be the best bet for Kashmiris to keep their body and soul together during the Valley's harsh winter months. Little surprise that Kangris are selling like hotcakes in Srinagar and elsewhere in the valley these days. Snowfall was also witnessed in Kullu district near Manali in Himachal Pradesh, early on Thursday. Churdhar is the Sirmaur district in Himachal Pradesh also received fresh snowfall. Rains and snowfall are also expected to lash mountains of Uttarakhand.