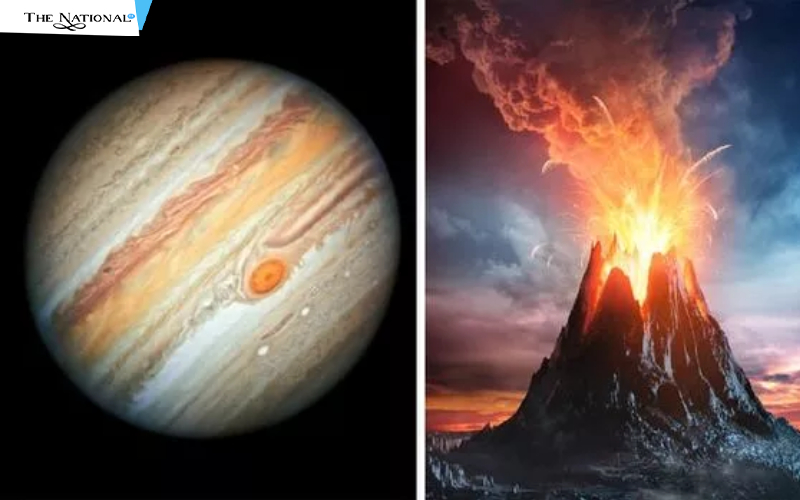 Our Solar system is brimming with mysterious happenings and phenomenons that seemingly amuse us every then and now. In this regard, a group of scientists at the University of California has recently found about the gaseous atmosphere of Jupiter’s Moon also. This Moon is one of the most volcanically active celestial objects in the Solar System along with being the fourth largest Moon discovered by Galileo in the 17th century. Currently, Io has 400 active volcanoes and is touted to be the innermost moon of the gaseous-giant planet Jupiter. The research that took place on the basis of the Atacama Large Millimeter Array (ALMA) has captured the impact of volcanic activity on Io’s atmosphere.

Further, Imke de Pater, a professor at the University of California hinted that the gaseous atmosphere on the surface of the Moon can be attributed to the presence of a large number of volcanoes. Io’s atmosphere is comparatively a billion times thinner than that of the Earth. In hindsight, it has helped the scientists to easily penetrate into Io’s atmosphere where subsequently they have found a prevalence of lava-lakes, liquid rocks, and Sulfuric ice. As a consequence, it has been deciphered by the scientists that the atmosphere of Io is mostly composed of Sulphur Dioxide although the source of emanation of the gas is yet to be confirmed.

Moreover, this study, which is set to be published in Planetary Science Journal, has also found that Moon’s atmosphere becomes unstable every 42 hours pertaining to the level of Sulphur dioxide in its atmosphere. In addition to it, the moon Io gets eclipsed by Jupiter which leads to a severe drop in the temperatures due to which Sulphur dioxide levels depleted from the atmosphere as it gradually settles on the surface. On the contrary, as soon as the Moon starts receiving the sunlight, the frozen Sulphur dioxide ice again changes into its gaseous forms. Besides that, scientists have also discovered the widespread presence of Sulphur Monoxide in Io’s atmosphere along with the presence of third gas of Potassium Chloride which is essentially coming out from those volcanoes.