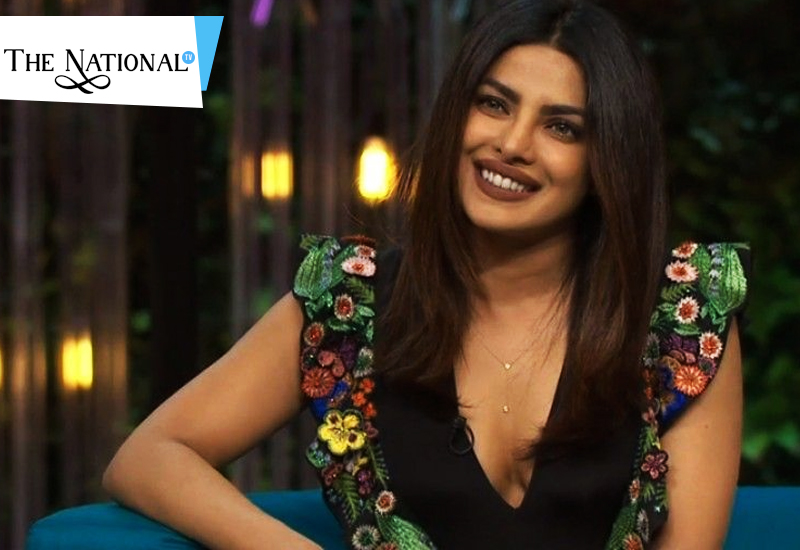 Global icon Priyanka Chopra is unstoppable when it comes to featuring in popular lists, one after the other. After making it to the Power of Women-LA Impact list by Variety Magazine, and Time Magazine’s 100 Most Influential People list 25 Women changing the World list by People Magazine Peecee has now made it to Gold House’s second annual A100 list of the most influential Asian Americans and Pacific Islanders in American culture.

The list covers the most important individuals from the realms of media and entertainment, business, techonology, social activism and politics, as chosen by a selection committee that is made of AAPI non-profit leaders and cultural icons.PC will rub shoulders with Killing Eve actress Sandra Oh, the Korean boy band BTS, celebrity chef Samin Nosrat, Olympic figure skater Nathan Chen, WME’s Theresa Kang-Lowe and Amazon Studios’ Head of Television Albert Cheng, Crazy Rich Asians director Jon M. Chu, comedian Ali Wong and U.S. Senator and presidential candidate Kamala Harris on the A100 List that embraces the pinnacles of integrative cultural achievement to unify not only the Asian diaspora but all communities.

The talented and versatile actress is known for defying the conventions and her support towards social causes. In her own words-

"I straddle the world and ride to victory."She recently became the Instagrammer of the Year Award as she became the "Most Followed Account"in 2019 with a whopping 39 Million Followers.

On the work front Priyanka's next film is The Sky is Pink.The film also stars Farhan Akhtar,Zaira Wasim and Rohit Saraf on the lead roles.The film is directed by Shonali Bose and produced by Ronit Screwvala's RSVP Movies and Siddarth Roy Kapur's Roy Kapur Films. She will also star in a film with Mindy Kaling that will be shot in India and America.