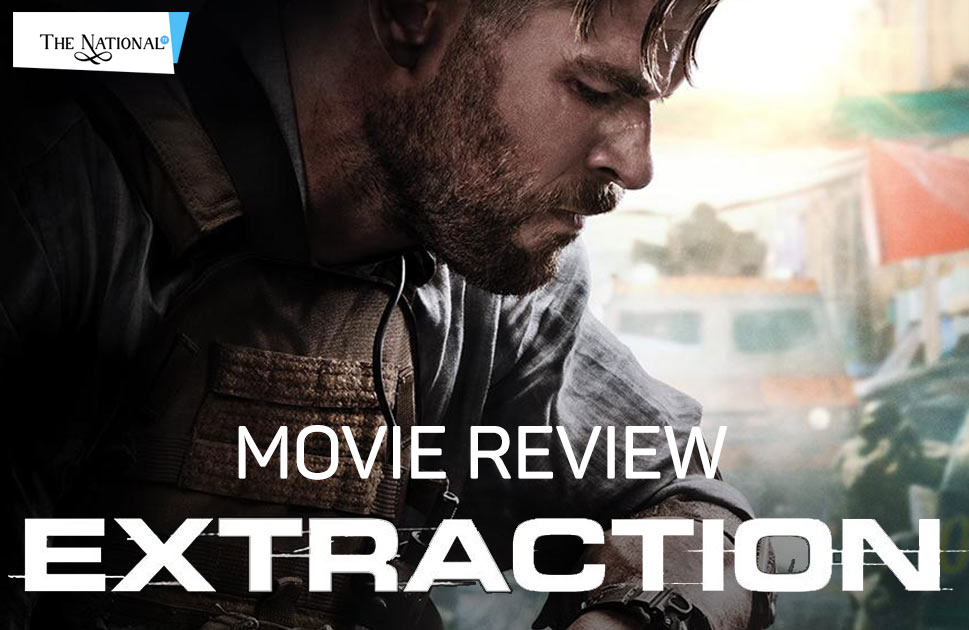 This movie is based on a graphic novel that was written and is now adopted by the co-director of ‘Avengers-Endgame’ Joe Russo. As a starring model, Thor himself, Chris Hemsworth is in this movie that covers the whole plot along with the boy, Ovi Mahajan (Rudhraksh Jaiswal), who is being extracted.

Hemsworth plays a leading yet superhero-mercenary for hire named Tyler Rake. The event of the title involves the activities of the boy Ovi Mahajan (Rudhraksh Jaiswal), the adolescent and lovable son of an imprisoned Mumbai gangster, who’s role has been played by Pankaj Tripathi, a very prominent and self-made actor of Bollywood. The boy kidnapped by his father’s rival, Amir (the role played by Priyanshu Painyuli), which puts Ovi’s protector Saju (the role played by Randeep Hooda) in very mortal danger. The elder Mahajan is unable to pay the ransom asked in alternate to his son, because his finances were frozen but his syndicate still hires a prominent yet suitable man to rescue his kid. This latest mission comes to the drunk Aussie’s attention courtesy of Tyler’s colleague, Nik Khan (role played by Golshifteh Farahani).

Talking about Tyler’s role and structure, he’s unflappably courageous even in the extreme danger, he’s got a tragic untold secret, he never misses a shot from his gun and knife, he abuses various legal and illegal substances but still protects his subordinates, and he makes the kind of friends who invariably and unfortunately will turn back on him at inopportune moments. But he’s also got a melting softer side, a paternal instinct along with generous feelings that come out once his rescue mission goes violently awry. He strictly refuses to abandon Ovi even after the kid becomes expendable. Because it's like half of the movie has gone and the strongest and rigid-from-the-heart kind of person is now emotionally attached to the boy he came to extract from the mafia. “Do you trust me?” Tyler asks Ovi and the boy replies that he does not. “Good,” says Tyler before pushing him off one roof and onto another and that is how they started trusting each other.

Tyler does get Ovi out from the conspiracy that was created by the mafia Amir, but his escape from Dhaka is ruined by Saju’s double-cross intentions and the local police closing all exits near the borders to India, at the behest of Amir. The film's biggest and the master set piece is a very long one-take sequence from the cinematography in which Tyler kills his way from the streets into a building and out again, while carrying out a terrified boy Ovi, behind. Tyler’s bloody progress, from the starting to the end, though impressively choreographed, becomes anyway in nature of monotonous – he moves and executes his kills like a soldier of an army, all precision, and no personality.

Its action may not spark much joy but when Extraction settles down for a quiet moment, that’s where the real trouble begins. Not content with giving Tyler’s formulaic rough and tough guy backstory, where his life falls apart after his six-year-old son dies of cancer and right after that he loses his love of life too. The film also makes rich, unhappy Ovi, unloved by his own dad, where Tyler comes as a perfect candidate for a father figure. “He thinks of me…more like a thing than a person," Ovi says, unburdening and lightening himself to a complete stranger who just killed people in masses and hit the one person he knows and admires with a truck. Later, the boy, Ovi tells Tyler, “You drown not by falling into the river but by staying submerged in it and not being able to move.” The line was used because that is how Hollywood thinks a 16-year-old boy from India will have a mindset.

Extraction is written by Joe Russo, the co-director of Avengers-Endgame, and is produced and based on a story by him and his brother, Anthony. Extraction, by no means, is anyhow a realistic film, but it is based on a real-world, the set is also put on the realism, which means the Russo Brothers can’t fall back on comic mythos or easy utopias like Wakanda to explain its sophisticated politics.

Overall, the movie was released back on 24th April 2020 and contains a lot of action. The length of the movie is no longer than any other action movie are but one can assure that it has the potential to make you fall in love with the story and action line.