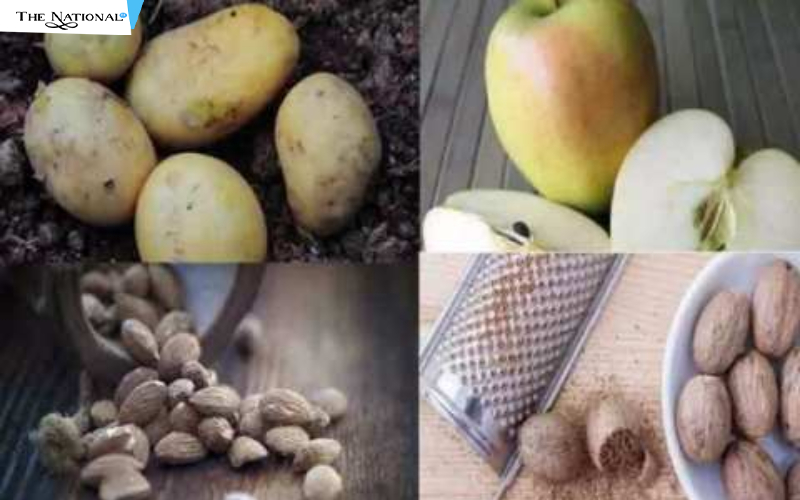 It is very important to keep the body healthy. That is why we need a lot of attention to catering. By the way, by consuming something within a limit, we are at risk of harm, but let us tell you that there are some such things as well. Which can become harmful for our body. Let's know about them:-

1. Apple seeds: Apple seeds contain some amount of cyanide, which damages the body. Because of this, there can be problems ranging from breathing to seizures. However, if you have eaten it by mistake then there is nothing to worry about. Apple seeds have a protective coating that prevents cyanide from entering the body system.

2. Cherry seed: Cherry reduces heart diseases and maintains digestion, but its seeds are very harmful. Cherry seed is very hard and contains prusic acid, which is considered very poisonous. If you have swallowed cherry seeds by mistake, then it does not matter that it will come out of your body system somehow.

3. Bitter Almonds: A lot of chemicals called amygdalin is found in bitter almonds. This lotus makes cyanide in the body. Eating it can cause abdominal pain, vomiting, and diarrhea.

4. Nutmeg: A small amount of nutmeg increases the taste of food, but eating a spoonful of it can be very harmful to your body. A chemical called myristicin is found in high amounts of nutmeg and can cause problems such as dizziness, hallucinations, lethargy, and seizures.

5. Raw Cashew Nuts: The cashew nuts usually received at the packets are not raw. Before selling in the market, the cashew nut is boiled and the toxic substance called urushiol is removed. Eating boiled cashew nuts can cause allergic problems.

6. Mushrooms: Mushrooms are delicious to eat and are very beneficial for the body, but their identification is important when eating mushrooms. Eating wild mushrooms can cause abdominal pain, diarrhea, and vomiting, dehydration, and liver problems.

7. Raw Mango: Raw mangoes, toxins are also found in its peels and leaves. If you have an allergy problem, eating raw mangoes can cause rash or inflammation.

8. Star Fruit: Star fruit is also called kamarkha. If you have kidney disease, avoid eating star fruit. Normal kidneys can filter out the toxins found in star fruit, but if the kidney gets spoiled, it remains in its toxic body, which can lead to mental confusion and seizures.

Note: All these things above are for your information. If you are suffering from any disease, then take these things only after the advice of the doctor.