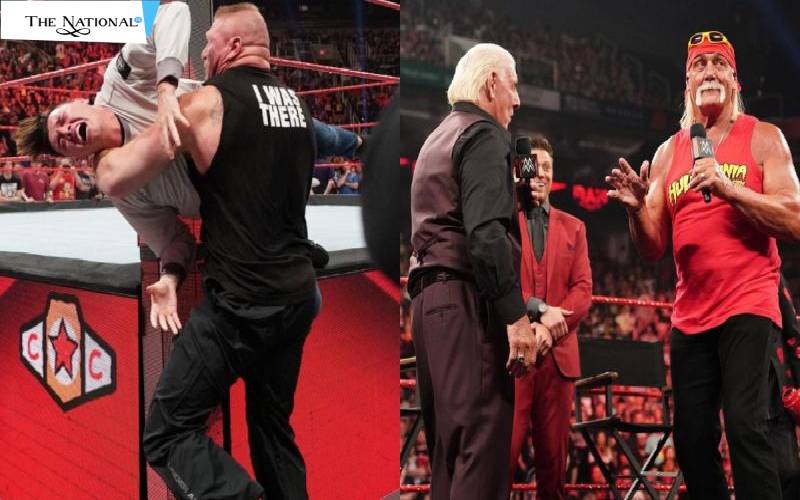 We are excited to see Rollins hit Rusev massively from the middle turnbuckle. The Bulgarian Brute and The Beastslayer trade blows in the middle of the ring. Rollins takes him down with a sling blade. Seth hits a number of suicide dives.  Orton and Corbin eyed from the stage. The champ gets on the top turnbuckle for a crossbody though Rusev had to roll through.

He hits an impactful roundhouse to the side of Rollins'. It was followed by a swinging side slam for two. Seth sticks him with an eye-dazzling superkick and hits a powerful arrow for the fall. Rollins springboards straight into a Machka Kick. Bobby Lashley's music hits hard and he stands out on the stage. He motions for someone to join him and Lana comes out. Rusev is awestruck at their kiss. They make out for a long time till the lights get off and Bray Wyatt appears at ringside to attack Rollins.

Evans takes control early and finishes off with slamming up Natalya. Lacey is seen sitting on the stairs as she smiles watching the ref checks on Nattie. The former Marine controls the pace for a long time as she gets off Natalya. The Queen of Harts pulls her off of the middle turnbuckle and starts building momentum with a number of punches. Evans fascinates the eyes while the ref is absolutely destructed. She rolls Natalya up with a handful of tights for emerging victorious.

Styles is still in control of the return. Alexander hits a flat liner all of a sudden to give himself a little breathing room. Ced hits a kick to the face but AJ fights back with two. The Phenomenal One goes for the Phenomenal Forearm but Alexander ducks intelligently and hits a Michinoku Driver for a two count. Styles hits a German suplex followed by a facebuster for a near clean fall. Both men counter each other excitingly a few times before AJ hits the Styles Clash for the pin and get victory... Once again, Alexander comes up short.