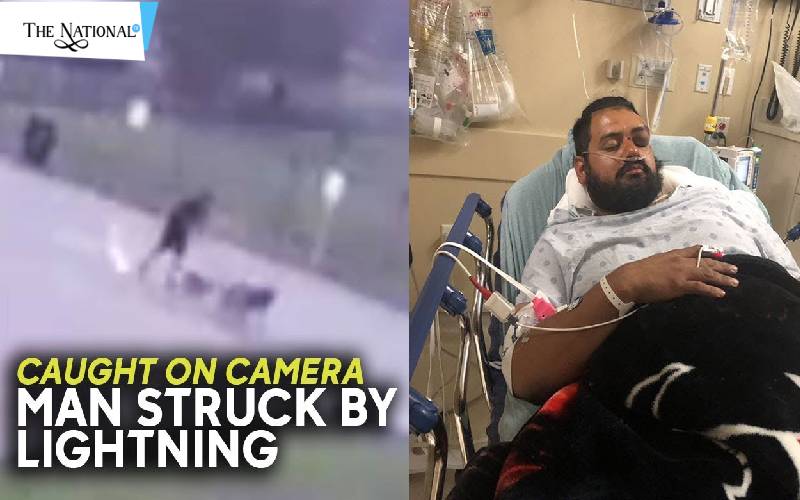 Chilling surveillance footage has captured the moment a man collapsed after being struck by lightning and was saved by three Good Samaritans. A security camera at the Stuebner Airline Veterinary Hospital in Texas, USA, captured the moment that Alexander Coreas was hit by a bolt of lightning while walking his three dogs on Thursday. The video shows a bolt of lightning strike Mr. Coreas, making him fall forward, unconscious, on the sidewalk. His terrified dogs are seen running away.

Luckily for Mr. Coreas, help was at hand. According to a gofundme page set up by Mr. Coreas' family, Bill Wilson, a vet technician from Stuebner Airline Veterinary Hospital found him without a heartbeat. He, along with Corey Hart and Christy Mittler, other employees of the hospital, took turns in administering CPR until they could find a pulse, possibly saving Mr. Coreas' life.

"His shoes and his socks got blown off his feet," Ms. Mittler told ABC 13. A hole was left on the ground where lightning struck the 27-year-old mechanic.

The whole incident was captured on camera:

According to Daily Mail, he is currently suffering from fractured ribs, a fractured temporal bone, a swollen eye, bruising, and many muscle ruptures due to the strike. He says, however, that he is lucky to have survived the ordeal.