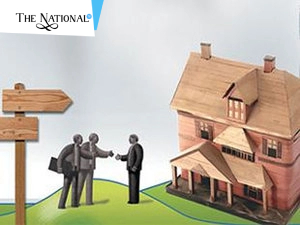 In a first in the state, the Uttar Pradesh Real Estate Regulatory Authority (UP Rera) last month handed over the remaining development work of the Sampada Livia project, located at Greater Noida Expressway, to its homebuyers’ association (SLB Welfare Association). When given a choice, the association decided to take matters in their own hands instead of relying on the developer Rera would have chosen for them. However, experts feel that it won’t be easy for SLB Welfare to complete the project on its own. Let’s understand how this came about and the difficulties homebuyers may face in completing the task. The case UP Rera canceled the registration of the Sampada Livia project after complaints of project delay and alleged irregularities by promoter PSA Impex Pvt Ltd. The project was to be completed in November 2019 but till September, when Rera canceled its registration, only 10% of the work was completed.

During its investigation, Rera found out that the work was stuck for almost two years and the promoter had diverted ₹47 crores from the project fraudulently and had even sold a few units twice. When a project is deregistered, the homebuyers’ association has the first right to refuse to carry out the development work. In that case, Rera needs to invite new private or public developers to carry out the remaining work. In this case, homebuyers decided to take it up. Akansha Agarwal, a doctor, and president of the SLB Welfare Association said they asked Rera to carry out the work but that was outside the authority’s purview. “If we went with the developer Rera chose, we would have to abide by the terms and conditions set by the new developer and may not have had a say in that. Therefore, we decided to take it upon our own," she said. Balvinder Kumar, member, UP Rera, believes this option will work as homebuyers will act in their best interest as they have the maximum stake involved. The developer has the right to file a remedy appeal against the deregistration order in the appellate tribunal within two months. But if the developer fails to do that, Rera may hand over the project work to the homebuyers’ association, provided at least 51% of the buyers agree to it and provide a financially feasible plan that the authority will review and approve.

SLB Welfare has the required mandate and has submitted a detailed project report (DPR), with an estimated net construction cost of ₹243.59 crores and completion deadline of February 2024. The project has 726 sanctioned units, out of which 355 have been sold so far. As per the DPR, the project is cash flow positive, with a surplus of about ₹5 crores. The total estimated receivables from sold and unsold units are ₹248.49 crores. The project will be re-registered in the name of SLB Welfare. The association will need to open a bank account in its name, where all the money received from allottees will be deposited. The association will determine the sale price of the unsold units, but this price can’t be lower than the floor price determined by the construction consultant appointed by Rera. The consultant will help the association prepare a new DPR. SLB Welfare will also execute a revised agreement for sale with all existing allottees and new agreements with prospective buyers. A subcommittee constituted by Rera will monitor the project on a daily basis. SLB will also have to upload relevant details and documents along with the quarterly update of the construction work on Rera’s website.