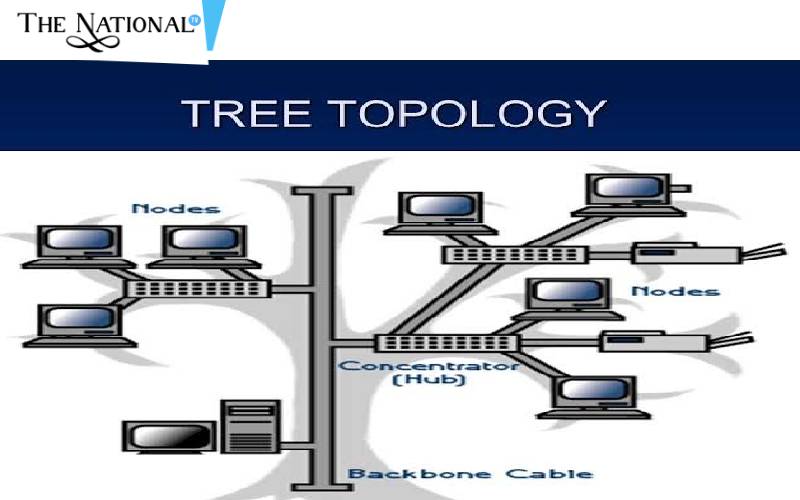 Because it’s a combination of star and bus networks, a tree network is often called Star Bus Typology. It is used most of the time when scalability or hierarchal communication is needed.

1. In the networks, if neither of the star and bus topologies can be implemented, tree topology is the best alternative that remains.

3. Not only in the appearance but the branches of the tree network is divided into the functionality as well. Each of the segments or branches can be managed separately.

4. Because of the divided roles, responsibilities and functions, error detection and is easy and the issue can be resolved easily without much implication.

5. Each of these branches is connected with the base cable channel with a separate point to point wiring which means the damage to one branch will not affect the functioning of the other branches.

1. Even though one branch cannot harm the other, the network still relies entirely ok on the main bus cable channel which is called the hub. In case the hub breaks down, the entire system can come crashing down to pieces.

2. Maintenance cost increases with the number of nodes or branches as long networks and wires are added with each of the addition.

3. Tree Topology Network is difficult to put together given how complicated and wide is its’ structure.

4. Despite being designed for an extended network with the purpose of expanding it more, it has a hard and long procedure if you wish to add more branches or nodes in an already set up Tree Network.

5. Last but not the least and perhaps the biggest advantage of this network is the simple fact that it is a combination of two other networks, which also makes it unique. Talking about example , Tree topology is used in the building where the hub is installed vertically and branches are spread each on a floor.