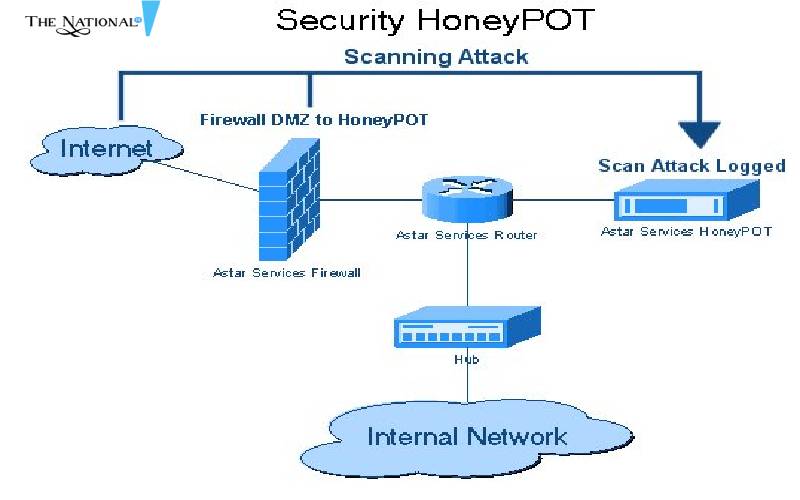 If you look up the history of cyber crimes, there you can find a lot of creative and unique ways that attackers use to victimize their targets. With the possibility of different types of attacks targeting different functions and trying to find a way to get into your computer system, the threat to your privacy and finances is greater than ever before. To counter these unique attacks, unique ways need to be adopted, which must consist of new and advanced technology. One such System is Honeypot, which is basically used as a clickbait to lure hackers and predict an attack before it takes place which gives us plenty of time to prepare for it.

Instead of taking measures when the attack is underway or contemplating at the possibility, Honeypot is used as an open invitation. Wikipedia compares this attack to a police sting operation in which the technique of baiting is used to catch a culprit. According to the expert, it can sometimes also be seen as an advanced version of the Intrusion Detection System (IDS) since it covers the loopholes left by IDS but the idea remains debatable. The basic function of this is to bring hackers to your device by showing vulnerability or data that is not secure. This data is only for pretention and once the attacks start pouring in, Honeypot collects all the information it can find regarding them which further helps the operators to prepare for any future attacks which may come from the same sources.

The reason Honeypots are preferred over IDS is that the IDS many times raise false alarms but Honeypots provide real-time data with almost zero false positives. Even the hackers using encryption are not spared from its' radar. Honeypot can actually put you into the shoes of the hackers and allow you to use the same kind of trick on them which they use on you. But caution is still needed because a clever and experienced hacker can recognize Honeypot and avoid it since