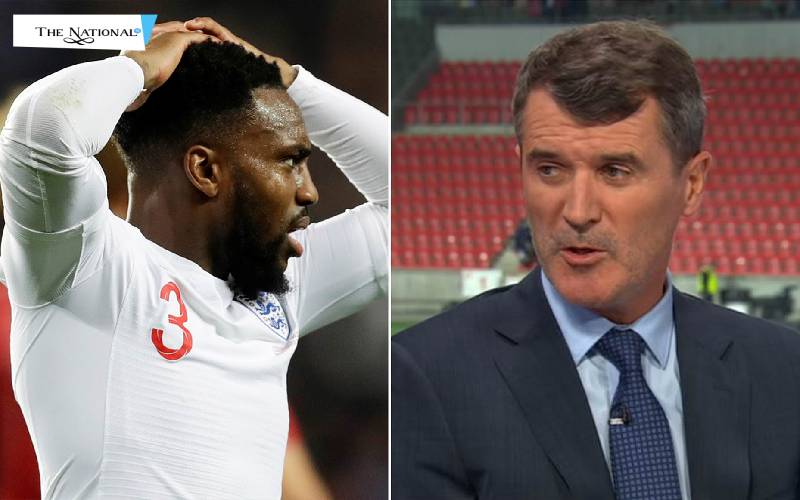 Roy Keane has laid into England’s defense, and Danny Rose in particular, after a sloppy display allowed the Czech Republic to pull off a startling 2-1 win in Euro 2020 qualification in Prague on Friday. The former Republic of Ireland international watched on from a television studio as England shipped two soft goals which saw them lose their first qualification game since 2009. Keane was frustrated by the majority of the English defense but saved special condemnation for the Tottenham left-back.

“My concern is always for these players like [Harry] Maguire and [Michael] Keane, they’re in their mid-20s,” he said on ITV, where he was working as a pundit. “'Sometimes these players don’t learn, you can’t keep waiting for these lads. Rose gave a performance tonight… my goodness. Someone’s got to get hold of that guy.

“He was shocking, abysmal. I think he’ll be the same in another three or four years. Some players don’t learn from their mistakes. “That’s the biggest problem. At the highest level, you will suffer for it.”

Rose will be suspended for yellow card accumulation in Monday’s game against Bulgaria. Manager Gareth Southgate defended individual players from criticism but said that his team needed to be better when not in possession. “It is clear we have to improve without the ball,” he said after the game. “Over a period of time it has not surprised us, we have spoken about it all week. We did not get the reaction we needed. “It is not a time to look at individuals because we have to get back on track for Monday.

“We lose Danny Rose and after tonight we have to get a response. It is going to be an interesting couple of days because we have not had a result like that or performance like that. “We will learn a lot about ourselves over the next 48 to 72 hours. We have to respond in the right way.

“This is football. All the players in their careers and for us as a coaching staff, football is all about responding to setbacks. “We have not had many, so it feels more unpleasant and it is a while since we felt this way.”