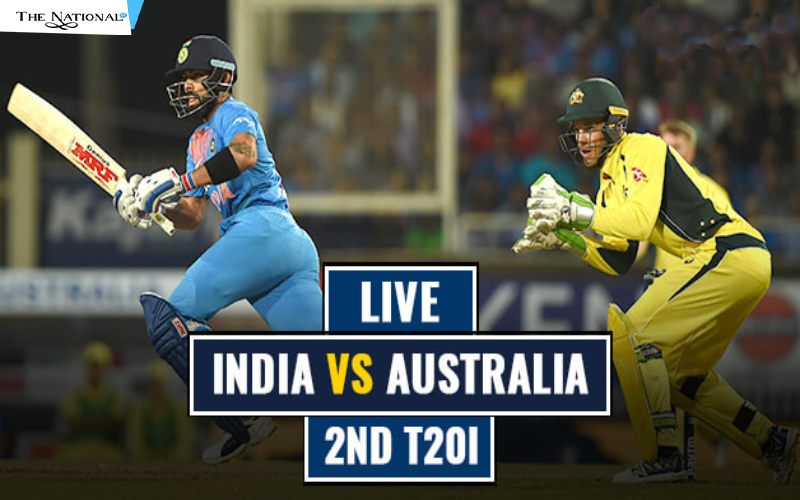 IND vs AUS 2nd T20I: The second match of the three-match T20 series between Team India and host Australia was played in Sydney today. At the same time, India has won this match by 6 wickets. The series was also named after him. Australia, batting first, gave India a target of 195 runs. In response to this, Team India scored 195 runs with the remaining 2 balls and won the match along with the series. Shikhar Dhawan completed his half-century, then Virat Kohli 40, and Hardik Pandya scored 42 runs. With this, India took a 2–0 lead in the T20 series.

India's openers Shikhar Dhawan and KL Rahul played stormy inning and gave Team India a good score. Both openers added 56 runs for Team India in the first five overs. But in the very next over, Team India got the first blow as KL Rahul. He scored 30 off 22 balls, caught by Swapson off Andrew Tye. Shikhar Dhawan played a superb inning and he was dismissed for 52 runs for the team. At the same time, Sanju Samson played some good shots but he also failed in this match and was caught out after scoring 15 runs.

Hardik Pandya made no mistake, this match also returned unbeaten- On the other hand, Team India captain Virat Kohli played a good inning and scored 40 runs in 24 balls. However, he was caught out by Daniel Shams. At the same time, Hardik Pandya is constantly leaving his mark. He also played a great inning in this match and gave Team India a good win. He played a brilliant inning of 42 not out in just 22 balls. He gave India a resounding victory by hitting a six off the fourth ball of 20 overs.