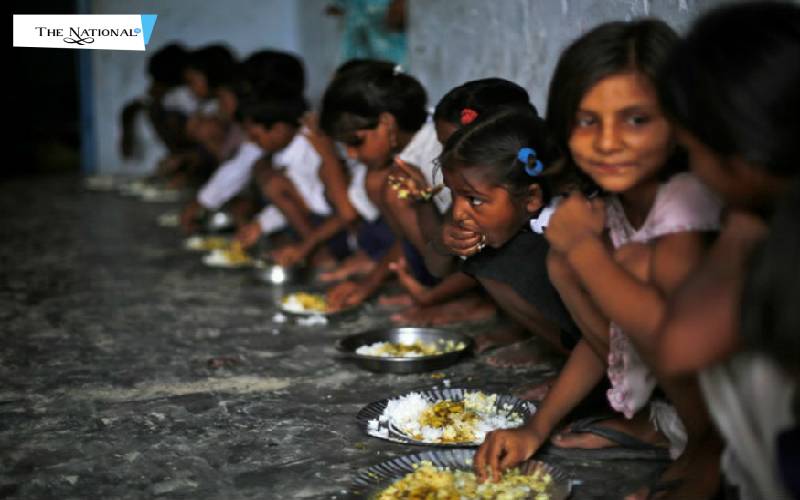 A school official in tribal-dominated Sundargarh district was suspended on Friday evening after a photograph of him eating chicken inside a school during lunch hour with students who were served rice and dal as part of their midday meal went viral. Sundargarh district collector Nikhil Pavan Kalyan suspended Binay Prakash Soy, Block Education Officer of the Bonai block for having a non-vegetarian chicken meal while the students were having a simple vegetarian fare in the midday meal program.

The photograph showing a squatting Soy having chicken has gone viral on social media. Officials said on October 3, Soy had visited the Tilaemala Primary School in Bonai block for inspection. During his visit, to check the quality of midday meal served to the children, Soy along with the school's principal Trupti Chandra Kisan had lunch with the students. Following this, the district administration sprung into action and suspended the BEO.

According to a report, Soy was on a visit to the Tilaemala primary school for inspection. He and the school authorities were served chicken while the students had their regular rice-dal MDM lunch. A viral video of the lunch showed Soy having rice, dal, chicken, salad, and curry while the students were served only vegetarian meals. Soy, however, refuted the allegations saying it was not chicken curry but bitter-gourd fry which a teacher of the school had brought in her lunch box.