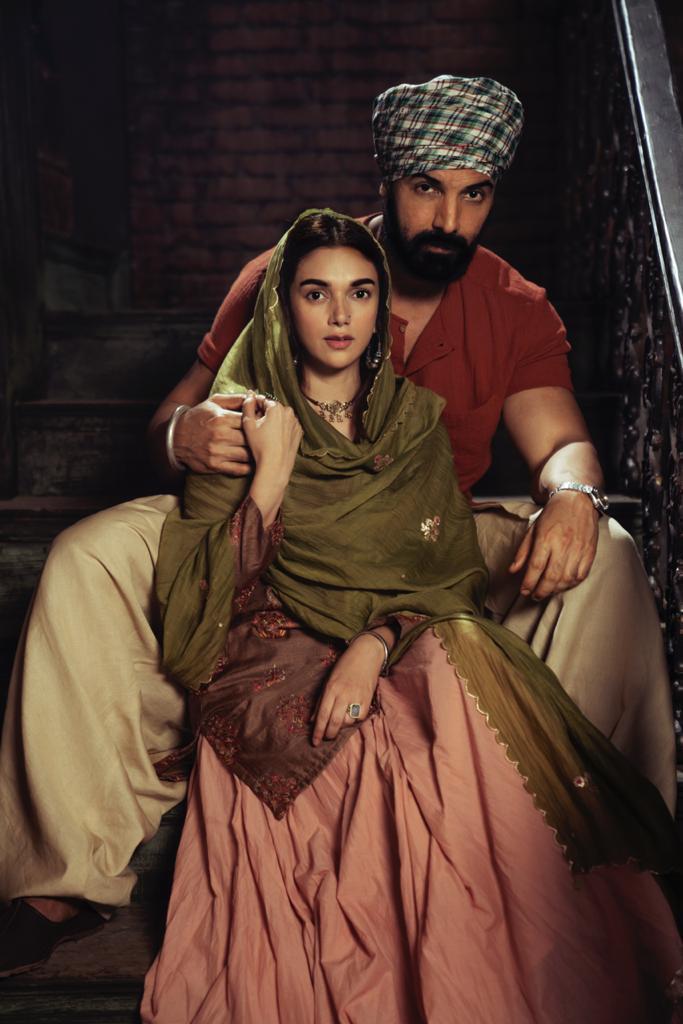 The film is produced by Bhushan Kumar, Nikkhil Advani, and John Abraham to be Directed by Kaashive Nair

To be one of the very first few films to resume shoot post the lockdown, the 10-day shoot of Arjun Kapoor- Rakul Preet starrer yet untitled took off on Monday. To start the schedule are John Abraham and Aditi Rao Hydari who play Arjun’s grandparents in the film. Their track is set in 1947, around the time of India’s Independence.


Aditi plays John’s love interest and the younger version of Neena’s character, Arjun’s grandmother. John and Aditi will be shooting for their part for a week during this indoor schedule. They will then reunite with the team for a brief outdoor in October.

John is excited to get back to work after a five-month forced break due to the coronavirus triggered lockdown, but is also cautious given that we are still in the midst of a pandemic. “The team has taken extreme care, following all the SOPs, issued by the ministries and the concerned authorities. As a producer, it’s important for me to look out for our cast and crew,” he says. John, who is producing the film with Nikkhil Advani and Bhushan Kumar says, “When I heard the script, I instantly knew that this would be a special part, and when Kaashvie suggested I play it, it was difficult to refuse.”

Aditi insists that the role is equally special for her as it is a love story that spans generations. “John and I play a couple in 1946 –47 whose love story remains unfinished and unrequited till Arjun’s character feels the need to bring it to closure. Films like these are rarely made today, so I was quick to come on board,” she avers. Nikkhil comments that it’s a love story spanning three-generation, starting in 1947 and continuing till 2020. “There is a parallel between Arjun and Rakul’s characters in the present day and the forced break-up between John and Aditi’s characters in 1947 following the Partition. He plays a Sardar for the first time,” he shares.

Bhushan promises that John in his Sikh avatar is powerful and lovable and his chemistry will light up the screen. “It’s a story of love, values, bonds, and family over two different eras. John and Aditi’s is an old-school love story while Arjun and Rakul are in a modern-day relationship,” he informs. Nikkhil concludes by saying the film will showcase love to a generation growing up on social media: “The idea is to realize true love through the story of a woman who’s been yearning for closure for 70 years.”
The film yet untitled,  directed by Kaashvie Nair, is produced by Bhushan Kumar, Divya Khosla Kumar, Krishan Kumar (T-Series) along with Monisha Advani, Madhu Bhojwani, Nikkhil Advani (Emmay Entertainment), and John Abraham (JA Entertainment).