Srishti Gupta has won the Miss Chhattisgarh's title in 2014 and she was one of the finalists in the Miss India 2017 pageant. She has completed her studies in MBA and before entering into the entertainment industry, she has worked in a corporate sector, talking about her journey, Srishti said, “I want to balance both my worlds because I have always wanted to complete my studies but I was also passionate about the film industry and modeling world, so that’s how I want my career to be shaped.”

She added, “I am living in Mumbai for the last four years. After winning Miss Chhattisgarh's title in 2014, I came to Mumbai to pursue my studies in MBA, so while I was studying I got selected for the Miss India pageant and I was one the finalists in it, so I had to manage both the things. I chose to participate in the Miss India pageant rather than my campus interviews. But after that, I got a job in the corporate sector and while doing my job, I was also doing modeling, a lot of ramp shows & shoots. Later, I joined a production house and I got interested in acting, so I did theatre, I started auditioning & I recently signed for a web series. I have featured in a couple of music videos which have been released on Zee Music and the experience was amazing which helped me to decide this is my thing.”

When asked Srishti how she has managed to work in the modelling and the acting world and corporate sector at the same time, she said, “I actually do my hard work and then I just leave everything to the Universe and God. I think it’s all up to destiny and whatever will happen, it will be the best for me. I have always believed in doing hard work and that’s how I manage both of my worlds.” When asked Srishti why she wants to have balance incorporate and acting career, she said, “I feel there is so much competition in Mumbai, so being an outsider, it’s not that easy to survive in this city. I want to have some backup plans in my life because I am in a creative field and there can be many delays or failures. I always wanted to be educated and get a degree. I wanted to work in corporate but my heart and soul was always into Modelling and Acting” 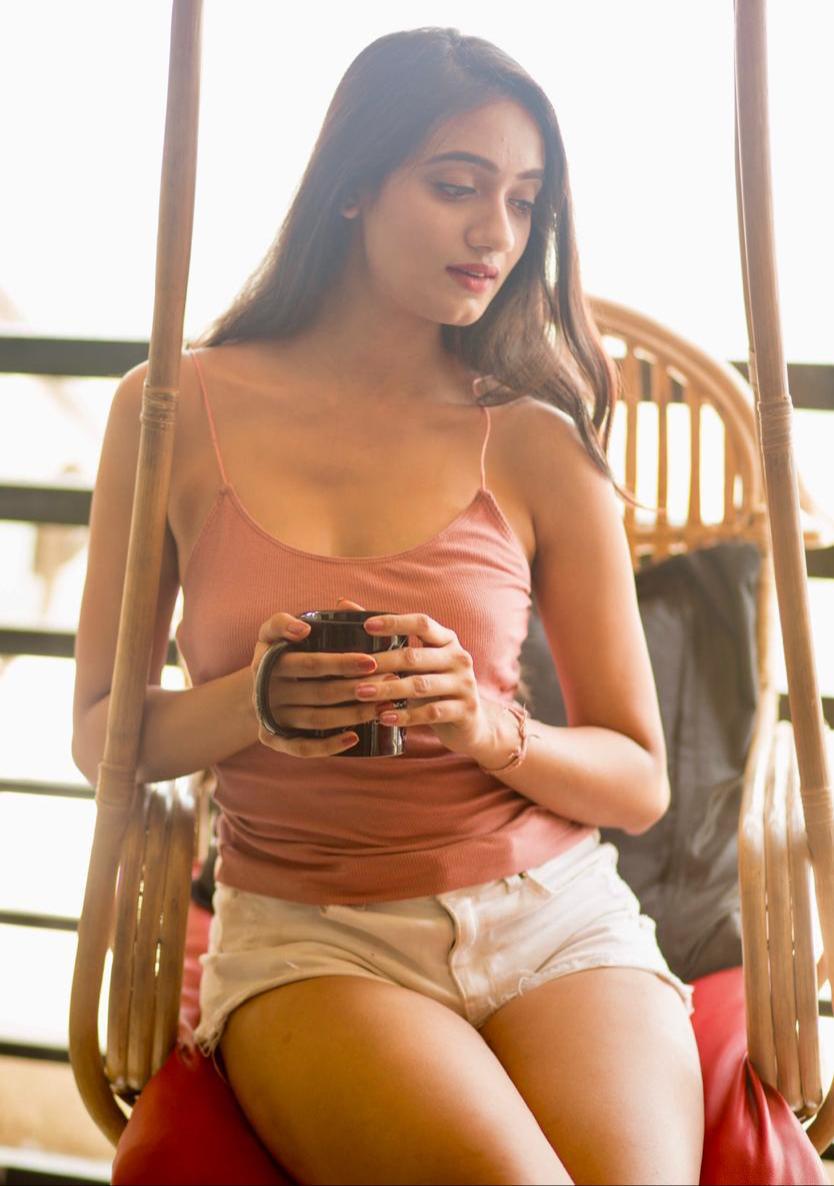 She added, “I don’t want it to be as a desperate thing because when we struggle and go for auditions, we often face rejections but when you have a backup plan and when you feel secure, you are in a position to choose projects as per your liking. I am taking baby steps towards my goal and by God’s grace; I am happy & satisfied so it can’t get better than that.”

Talking about what keeps her going in the entertainment industry which has cut-throat competition on a daily basis, she said, “I love to travel a lot. I love spending time with my family and friends and that is where, I get all my positive vibes so that I can concentrate more on my work rather than worrying about the things which are not working out, so they are the ones who support and motivate me to do things.”

Srishti has recently featured in two music videos named ‘Darr’ and ‘Kahani Teri Meri’ which has been released by Zee Music, talking about her upcoming project, Srishti said, “I am working in one the web series named ‘Fashion Street’ for which, we have already shot the pilot episode. I feel when the lockdown ends; we will resume shooting”