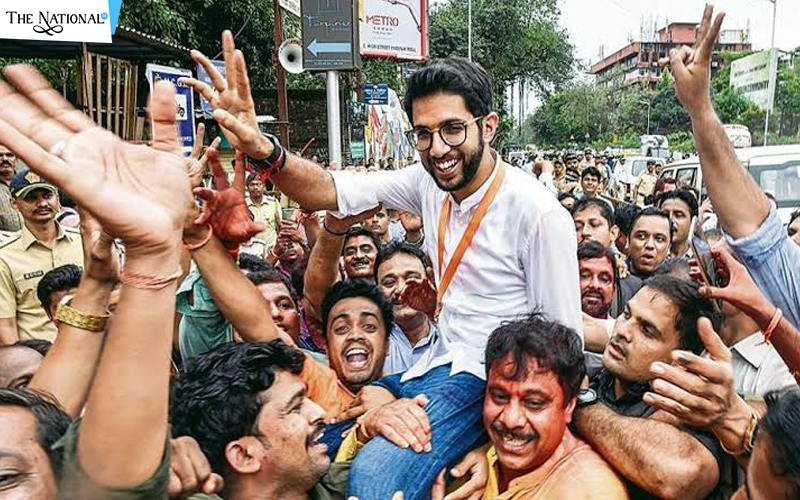 Sunil Shinde of the Shiv Sena had won from Worli by 23,012 votes against Sachin Ahir of the NCP in the last assembly polls in 2014. The contest in Worli became interesting after Sachin Ahir, NCP's Mumbai chief, defected to the Shiv Sena. The NCP then fielded Suresh Mane, a Dalit activist. The Shiv Sena went full steam to ensure that Aaditya wins by a huge margin. While Aaditya is promising to develop infrastructure in Worli, Mane insists Aaditya is an outsider in the constituency. Aaditya Thackeray is the first person from his family to contest an election since his grandfather Bal Thackeray founded the Shiv Sena in 1966. Bal Thackeray was clear about his preference for wielding the remote control to the government over a public post.

Aaditya's father Uddhav Thackeray continued that tradition when he took over the reins of the Sena in 2012. Sena leaders had spoken of Aaditya as the party's presumptive chief minister if the situation ever comes up but the young leader insisted that he wasn't 'running for power'. 'This is my chance to work for Maharashtra and the country. I perceive the Chief Minister as a common man. I am also a common man,' he had said. The Shiv Sena is leading on 57 seats and the BJP in just 100 seats, 22 seats less than its tally in last assembly polls in 2014, in the 288-member assembly. The BJP had contested 164 seats in an alliance with the Sena, which was allocated 124 seats. The Sena put up two more candidates in two seats where the allies had a friendly contest.

The BJP needs 45 Sena legislators to reach the halfway mark this time as compared to just 23 in 2014. This indicates that the dependence of the BJP, the largest party in the state, on the Shiv Sena to form the government has increased. It also means that Shiv Sena's bargaining powers will increase and it will insist on an equal share of power including the chief minister's tenure.