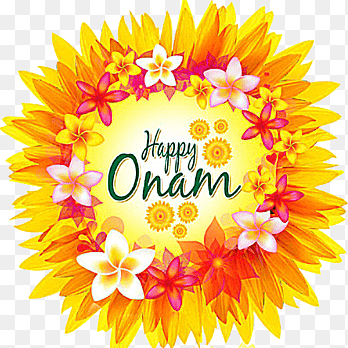 The date of the Onam festival and its celebration is completely based on the Panchangam.

It is also mentioned in the Gregorian calendar and it falls between the months of August–September.

Onam is the traditional and national festival of Kerala.

Malayalees from all over the world celebrate this festival regardless of any type of caste and religion.

In Kerala, Onam, which is considered the biggest festival of Malayali, comes in the month of Singha, and it marks the arrival of the new fresh year.

Onam according to the tradition, is a harvest festival observed by people of all castes and all religions

It is traditional and is a kind of secular festivity.

The celebration commemorates all the returns of the mythical King named Mahabali, who is completely revered by Malayalees as their King.

Every year, the king visits his people and subjects to see if they are happy and satisfied.

Onam festival is also the festival based on the concept of rice harvesting and it also symbolizes the homecoming and return of king Mahabali.

This festival indicates and marks the start of the Malayalam New Year, where it is called Kollavarsham and it is celebrated for a total of 10 days.

As per the mythology concerned with the Lord Vaishnava, King Mahabali defeated the Gods and he began ruling over all 3 worlds.

He belonged to the tribe group of Asura. He was fully loved and was respected by his people and subjects, because he was kind-hearted.

Chethi is also very much known as the "flame of woods" and it is recognized as the official flower of Onam because it is red in colour.

The flower is used to make the huge, beautiful, and conventional rangoli rings, and it only makes the design look very much extravagantly elegant.

Onam is actually celebrated to welcome the renowned mythical King Mahabali, whose spirit visits the state of Kerala, usually and everytime during the time of Onam.

He also attended the Yaagam, which is hosted by King Mahabali.