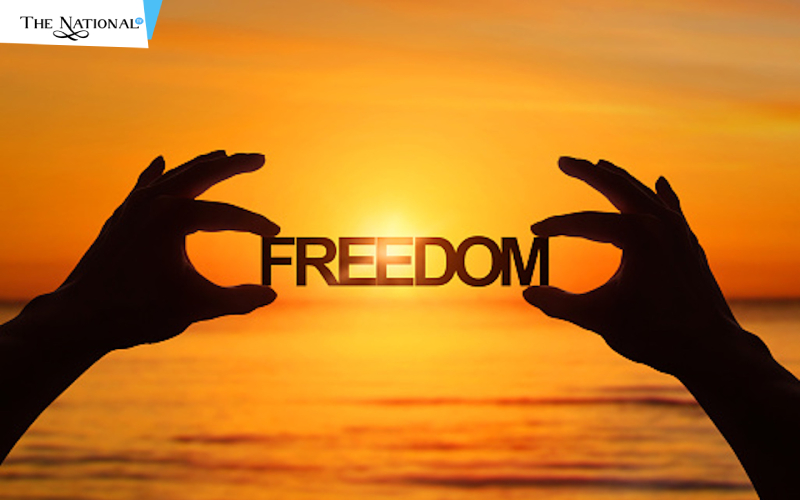 Everyone desires freedom, and rightly so. Freedom is what gives dignity and self-respect to human beings.

What does freedom really mean? Freedom implies the power of self-determination. A free being is the master of his own activity. He exercises control over his actions and is responsible for them. God is a free human being, and man, who was created in the image and likeness of God, is also free. While god is free absolutely, and in an unlimited manner, man has limited freedom. All the same, man’s freedom is real freedom. He can decide for himself to act or not to act in a particular fashion. He can choose something in preference to another, to do something or not to do it.

Man is expected to use freedom meaningfully to grow up as a good human being and thus fulfill his purpose in life. We are free so that we may grow and develop as responsible persons facing life’s situations. Just as we are free, others to are free. At times, others' freedom interferes or clashes with ours. If the neighborhood children come and play noisily in our compound and disturb us in our work it limits our freedom to work well. In the same way, our freedom can interfere with that of others. If you want to play the radio loudly at night, that will be objected to since it would disturb the neighbors.

A person risks his life when he joins the police or the army for the protection of his country. Communities or sections of people have to surrender some of their rights in order to bring about peace and harmony in the country. When nations fight, the UNO decides the matter according to the laws which regulate and govern the good of humanity.

“Swaraj is my birthright, and I shall have it,’ declared Bal Gangadhar Tilak. Our freedom fighters struggled and made great sacrifices so that we might be free. Let us make the most of this Go given and hard-won freedom, and pray with Rabindranath Tagore for our country.