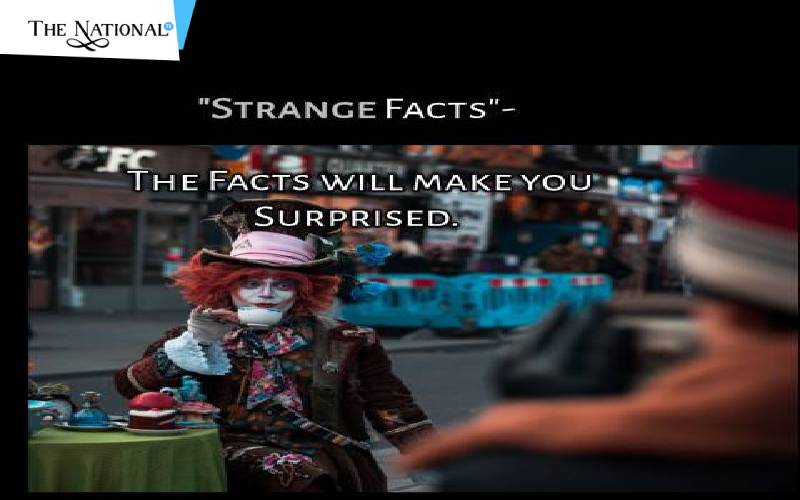 Fact1- The garfish has green bones.

Fact2- China has more English speakers than the United States.

Fact3- 70% of the poor people in the world are female.

Fact4- In Belgium, there is a museum just for strawberries.

Fact5- Hitler and Napoleon both had only one testicle.

Fact7- The Saguaro Cactus, found in the South-western United States does not grow branches until it is 75 years old.

Fact9- Since 1978, at least 37 people have died as a result of shaking vending machines, in an attempt to get free merchandise. More than 100 people have been injured.

Fact9- Stannous fluoride, which is the cavity fighter found in toothpaste is made from recycled tin.

Fact10- The national anthem of Greece has 158 verses.

Fact12- Instead of a Birthday Cake, many Russian children are given a Birthday Pie.

Fact15- In a day 34,000 children die every day from causes that are related to poverty and hunger.

Fact16- Venus is the only planet that rotates clockwise.

Fact17- When baby sharks are born, they swim away from their mothers right away and are on there own. In fact, their mothers might see them as prey.

Fact18- A popular superstition is that if you put a piece of bread in a baby's crib, it will keep away diseases.

Fact19- Incas used to create pots in the shape of peanuts that were highly prized.

Fact20- Annually 7 million tons of textiles and clothing are thrown out. Out of this, only 12% is used again or recycled.

Fact23- During the First World War, cigarettes were handed out to soldiers along with their rations.

Fact24- On May 9, 1999, approximately 600,000 gallons of whiskey flowed into the Kentucky River during a fire at Wild Turkey Distillery in Lawrenceburg.

Fact25- There is a restaurant in Stockholm that only offers all-garlic products. They even have a garlic cheesecake.