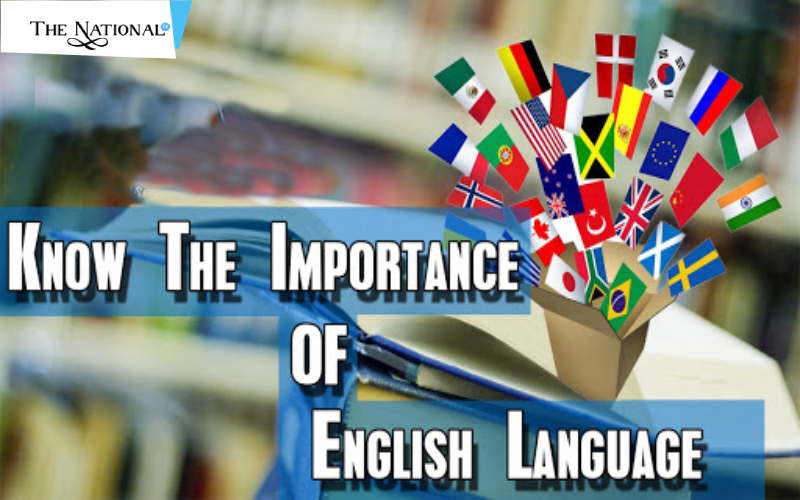 India is the country which had to suffer the British Rule for more than a century. So, the British Rulers imposed their language, English in India for their comfortable rule. So, the Indians under their rule were forced to study English for getting jobs and mingling with the British. However, we could drive away from British rule, but we couldn't drive away their language. In free India, English has become very important. Of course, there are people who wish to drive away from English from India.

In North India, a regular movement was started for this purpose. The fanatics of both sides have their own points in support of their views. According to Hindi fanatics, English is a foreign language. Besides, it is the language of our former rulers. So, English is a symbol of slavery. Another reason is that English is a difficult language. There are problems with spelling and pronunciation.

Again, the Indian language can not develop so long as English remains here. They argue that English is a huge banyan tree under which no other plant grows. All movies against English were resisted in Nehru's time. After his death, things changed. The Government of India declared that Hindi is the official language of India. At last, the government yielded to a little. English was accepted as an associate official language. The three-language formula was adopted. Still, attempts continue to replace English by Hindi.

In North Indian states a student can pass SSLC without pass mark in English. The group system in Kerala has created the same situation. The craze for English medium maybe because of hopes about job opportunities. In India, almost all interviews for jobs are conducted in English. The written tests are also mostly in English. Hence English medium students have better chances of getting selected. Good knowledge of English will also help employment prospects abroad.