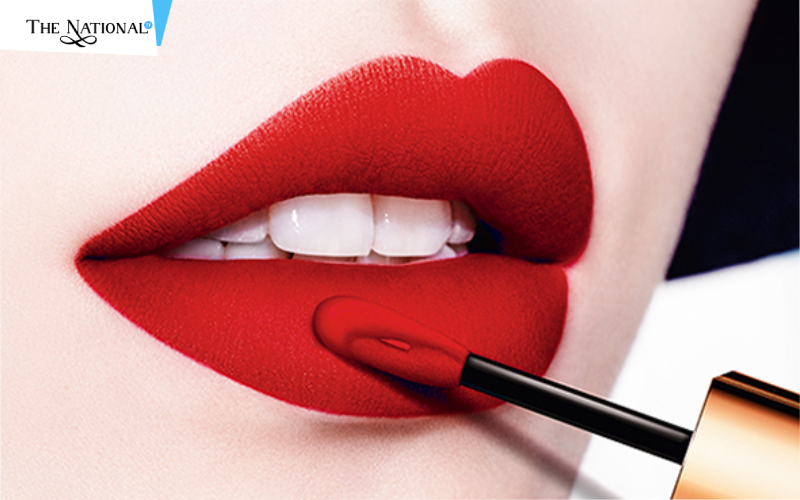 Shocking… Is it? Well, we all knew that Red is definitely the color that attracts men the most, more so the red lipstick. The color red means warmth, positive energy and motivation. Most of all, Red lips look fierce. Several studies conducted towards the color red show that men tend to fixate on women who rock the red lips. It is also said that red is definitely the sexiest lip color. The most iconic red lip looks given to us are from Rekha, Priyanka Chopra, Sonam Kapoor, Aishwarya Rai, Deepika Padukone, Rihanna, Rita Ora and Miranda Kerr. Red lips are all about grabbing attention, but this is not the only factor, it is also said that wearing rouge really does makes women feel more confident. Even from standpoint of a man, it is much more than just the appeal of a color. Is just the appearance of the lips that creates the attraction or is there really more to it than whay meets the eye? Let’s explore to understand the underlying reasons.

The red lipstick phenomenon In the studies conducted, in which the male gaze was tracked of 50 men who were shown different images of women and it was found that men spent more time focusing on the images of women wearing red lipstick. The amount of time spent staring at red lips was 7.3 seconds, for pink lips 6.7 seconds and a mere 2.2 seconds for those who didn’t wear any lipstick. Modern celebrities do notice the positive effect of the red lips. Rita Ora, in the interview with Glamour, said: “Wearing red lipstick, in my opinion, is the simplest way to make an impact, As soon as I slick it on, I feel instantly pulled together, more powerful, more womanly. I wear it almost every day.” Another study conducted by the French shows that the waitresses who wore red lipstick received tips 50 per cent of the time from male customers. On the other hand, those wearing brown, pink or no lipstick were just tipped by 30 per cent. They then asked the men why to tip just the waitresses with red lips, they said that they found them more attractive. Anna DeVere, who works at Colour Me Beautiful in an interview with Huffington post said, ‘During World War II, Elizabeth Arden created a red lipstick for American women serving in the US armed forces to help them feel confident and powerful.’

But is it just a psychological phenomenon? According to Leslie Harrington, VP of the International Color Association, part of the reason we equate red with love may have to do with the fact that red is related to blood, which is related to the heart, which has become a symbol of love. As per her, from a physiological standpoint, when people see the color red, their bodies have a physical reaction that mimics the feelings one experiences when falling in love, such as an increased heart rate. “It’s an emotional and physiological connection that happens,” Harrington says, “The other colors aren’t quite as lucky as red to have this really strong connection to things.” Celebrities and red lipstick Gwyneth Paltrow in an interview stated: ‘Beauty, to me, is about being comfortable in your own skin. That, or a kick-ass red lipstick!’ Rihanna is another famous celeb who loves to rock the red lip. She loves it so much that she designed her own limited edition in MAC cosmetics, Ruby Woo, which sold out completely in just 3 HOURS! Who knew red lips were at the top of the chart because of underlying scientific reasons. How do you feel about the same?