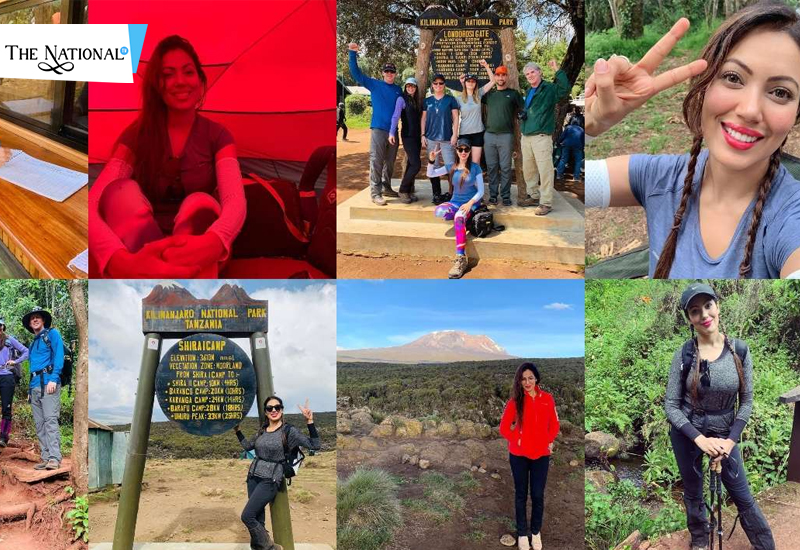 The gorgeous actress of Taarak Mehta Ka Ooltah Chashmah, Munmun Dutta who plays Babita Iyer survived a panic attack in her trek to Mount Kilimanjaro. She has shared her terrifying experience on Instagram while posting photographs from the tour. Munmun Dutta seemed happy in all the photographs that she had posted. She also wrote that she was elated and excited all the time in the trek. She said that she was the strongest, both mentally and physically and was among the first ones to reach the top.

She had thought that she will definitely reach mount Kilimanjaro sooner than expected until she experienced a severe claustrophobia attack. She said that she was all prepared to climb the mount Kilimanjaro but did not see claustrophobia coming her way. She was, however, saved by the team Killiwarriors from the deadly experience whom she heartily thanked She has said that the starkness of the mountains gave a major claustrophobia attack. Also while returning back to India, she suffered the same while in an airplane. However, she has taken the experience in a positive way and has confidently posted, "This experience has taught me so much and I feel different as a person today. I am thankful and proud of myself for scaling 12,000 feet above sea level without any difficulties. I will put my pictures from the #expedition in the next few days and share my experience with you. Someday when I am ready and fully prepared to deal with my claustrophobia, I will come back to KILIMANJARO."