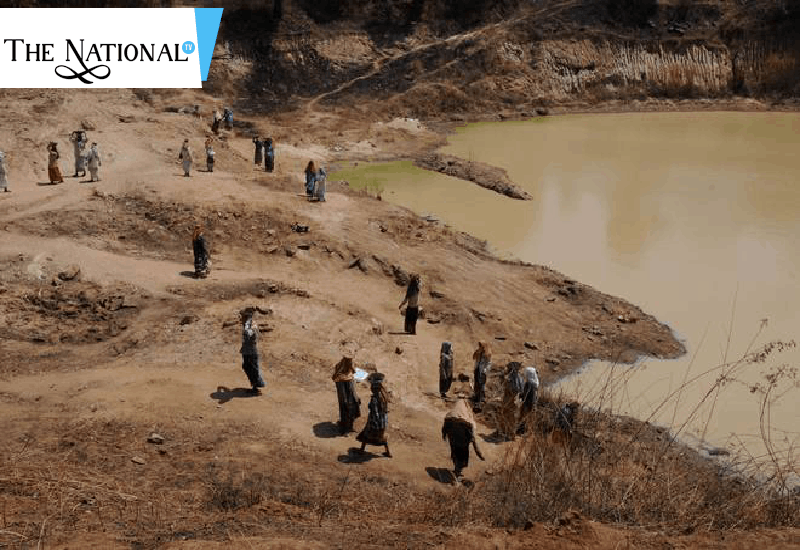 Water is an essential aspect of human life. Even though its supply is in abundance, water still is not a limitless source. Especially the fresh water which is an important aspect for the human survival. Conservative of water is important because without it the vital water supply might come to an end.

The main fuel to life, water conservation is still underrated in our society. It is our responsibility as a society to come together and work towards conservation of water. Talking about our Rajasthan. Around the year 2008, most of the parts of the state faced a scarcity of water. In the year 2016, more than 13,000 villages ran out of drinking water. It was almost like a crisis.

Yet recently NITI Ayog, National Institute of Transforming India, decided to rank Rajasthan No.1 among other states in water conservation as it registered a significant increase in the level of ground water. What really resulted to bring Rajasthan at No. 1 position? It was the idea of the CM who introduced Jal Swawlamban Abhiyaan Programme.

It is quiet a wise idea as it includes less distress and more public participation. The agenda is to promote the conservation of water. Making Villages self-sufficient in water makes the villagers independent and the process becomes quite transparent for the consumers. There are so many organizations and trusts which are working towards the agenda, so the money that has been donated in the name of water conservation can actually come to use by constructing 'low cost water harvesting structures on watershed approach’.

The objectives of the program are quite contingent which makes it much easier for everyone to have hope on the whole idea, which would again bring all the villagers to come together and work for the better future for water resources in Rajasthan. Farming is the main occupation of the rural Rajasthan and the scarcity of water made things difficult for farmers, but this Program introduced by the CM Vasundhara Raje has given the hope for, 'Increase in irrigation area, cultivation area and crop production’.

The main agenda behind this program has been to conserve the rainwater which can be useful for not just now but for the coming generations aswell.

So, this concept has been adapted from China, where it has been successful in countering drought and averting migration of labour. Introducing it in Rajasthan was a pro move looking at the drought-prone conditions of the state.

What has been the result till now?

As we mentioned above NITI Ayog ranked Rajasthan as No. 1 state in water conservation. Infact, looking at the impact of the initiatives taken by the state government, NITI Aayog has also directed other states to take similar measures for water conservation, rehabilitation of water resources and irrigation management.

A total of four lakh water conservation structures has been built and 1.5 million plantations have been created in the last three years under the directions of Chief Minister Vasundhara Raje. Shriram Vedire, President, Rajasthan River basin and Water Resources Planning Authority, said “The innovative techniques adopted under the project such as geo-tagging and surveying with the help of drone while engaging people who too participated actively in the campaign is something which other states should follow and adopt.” With these efforts, in around 21 districts, the ground water level has risen by 5 ft. There has also been a decrease in distributing water through tankers by 56 per cent.

What do we learn from it?

The main aspect of the introduction of this whole program has been, 'for the common man, by the common man’. No matter how many heavy and expensive equipments the government might have introduced in the name of water conversation, the only thing which could have and actually has helped in getting rid of the scarcity of water, is the contribution and cooperation of public. We were just given an idea and it was our call whether to act upon it or to just ignore it. The fact that we chose to act upon it has helped Rajasthan over come the phase. And helped the farmers to over come the loss which they faced due to the lack of water in past few years.