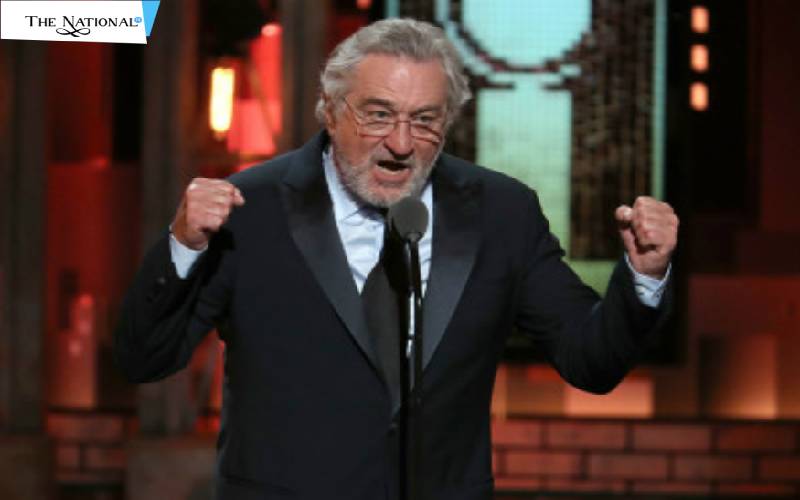 Todd Phillips' Joker is yet to hit the theatres.  But it has already received its fantastic share of publicity and mass response. The film premiered at the Venice International Film Festival and received much praise including a standing ovation. In spite of it, it seems that the film is being constantly warned against for its violent content and dark themes.

Recently the US Military had issued warnings to al the people out there who are stating that they expect mass shooters to be present at the film screenings.

Now Robert De Niro has also spoken off and opined about his thoughts surrounding all sorts of controversies on the same.   He appeared at the New York Film Festival to promote The Irishman. There Robert De Niro said, "I like Todd Phillips and Joaquin. They were terrific to work with and, you know, I'm a small part of it and the association of me with Taxi Driver and King of Comedy is part of it, though it's different, you'll see when one sees the movie. We'll see what happens. I know there's controversy."

That's not even all. Some of the people are in anxiety regarding the release of Joker are the families of the Aurora theater shooting victim's families. The shooting has been done in a theatre in 2012 where The Dark Knight Rises was also screened. Resultantly the Aurora theatre did reject to screen Joker. The victims' families reached out to Warner Bros. to donate to shooting victims' charities and condone violence.

A further statement read, "Our company has a long history of donating to victims of violence, including Aurora, and in recent weeks, our parent company joined other business leaders to call on policymakers to enact bipartisan legislation to address this epidemic. At the same time, Warner Bros. believes that one of the functions of storytelling is to provoke difficult conversations around complex issues. Make no mistake: neither the fictional character Joker nor the film is an endorsement of real-world violence of any kind. It is not the intention of the film, the filmmakers or the studio to hold this character up as a hero."