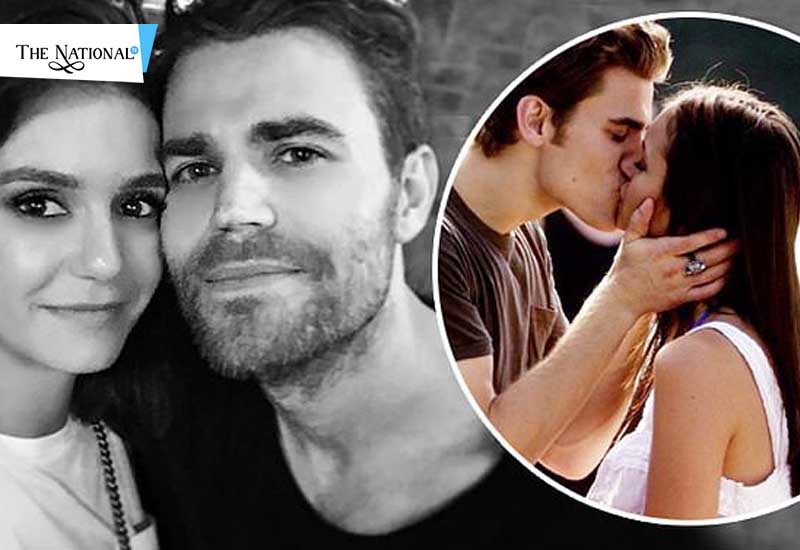 One of the most loved fantasy TV shows of all time, that is, The Vampire Diaries is the story about two vampire brothers who falls in love with the same girl. It features the love triagle of Nina Dobrev, Ian Somerhalder and Paul Wesley playing Elena Gillbert, Damon Salvatore and Stefen Salvatore respectively in the lead roles.

Recently, in a podcast of co-stars Candice King and Kayla Ewell Nina revealed how despite being the on screen lovers, the lead actors Paul and Nina hated each other at the starting of the show. But they gradually reconciled as best of friends.

Nina revealed, "Paul and I didn’t get along at the beginning of the show... I respected Paul Wesley, I didn’t like Paul Wesley." They also used to hate the fact how people used to assume them being dating because of their heart throbbing on screen chemistry.

However, they had no idea that they'll have the best bonding with each other in future and will become best of friendst. Today, even after more than ten years of TVD Nina and Paul share a beautiful bond. They go out for parties and dineers together. Nina also stated that Paul used to say that she'll miss him when the show will get over and he was right. Such is the bond of Stelena. On contrary, Ian and Nina were in a relationship for three years but broke up later after which they have lost contacts.

The Vampire Diaries has entertained the audience for eight long years and people are still equally addicted to the TV show as they were years back. They series is an fantasy escape and as admired as the Twilight movie series.