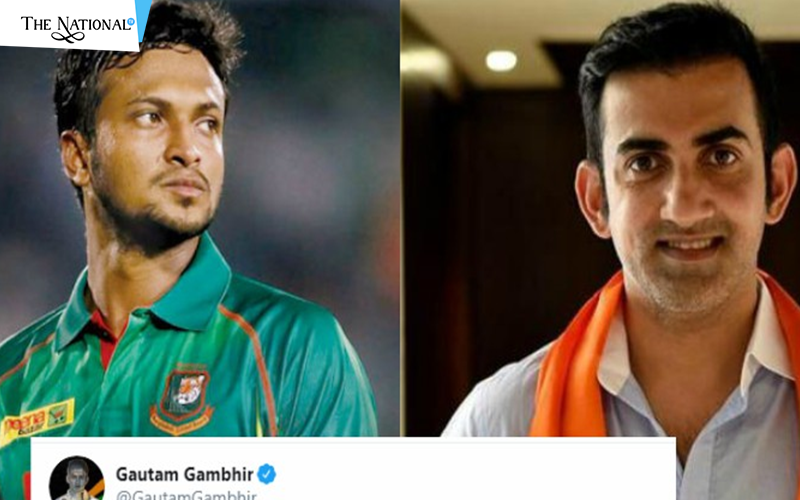 Ahead of Bangladesh's tour to India for T20Is, the team lost its most talented player, Shakib Al Hasan. The premier all-rounder handed him a backdated two-year suspension, that will end after October 29, 2020. Mahmudullah has replaced him as the T20I skipper for the upcoming series. Well, it was heartbreaking to see a cricketer like Shakib Al Hasan, who is the top-ranked ODI all-rounder, getting ban for one year, especially during this crucial time when the Indian Premier League and the ICC T20I World Cup are in the lineup.

Gautam Gambhir has captained the banned star for the Kolkata Knight Riders (KKR) in the Indian Premier League (IPL). Shakib was in the KKR squad, the two times they emerged out as the champions in 2012 and 2014. Talking about India vs Bangladesh series, Gambhir feels that Bangladesh is already on the backfoot without Shakib Al Hasan. He said: "One way or other, Bangladesh are already a wicket down and India are 40 without loss as that is what Shakib is worth. He was my KKR team-mate and I know what he can do on his day,"