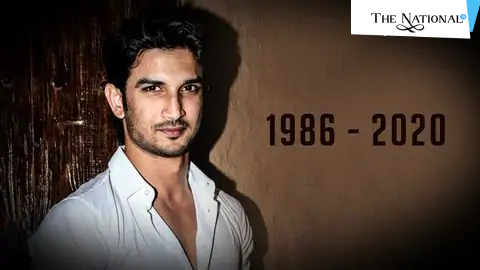 It’s shocking and unbelievable news for the whole India including me that Sushant Singh Rajput commits suicide on June 14, 2020, at home in Mumbai.

Personal information – Sushant was born in Purnia district on January 12, 1986, which is situated in the state of Bihar and known for work in Bollywood as well as also in the television industry. His mother died in 2002 and one of these sisters namely, Mitu Singh, is a cricketer at the state level. He was also a great achievement in studies and had seventh-ranked in the DCE Entrance Test in the year 2003. After that, he got admission in the Delhi College of Engineering for the Bachelor of Engineering in the branch of Mechanical engineering. Sushant was also won the National Olympiad in Physics which is one of the great achievements, especially in studies. During the study, he was also participating in dance and theatre. After that, he left the study to pursue a career in acting.

Sushant performed the cultural program in the opening ceremony in Australia for Commonwealth game 2006. To make a career in acting, he was moved to Mumbai and firstly joined the Ekjute theatre group of Nadira Babbar for two and a half years. He was also acting in an advertisement for Nestle Munch that became popular in India.

Career – He started his career in the debut television serial “Kis Desh Mein Hai Meraa Dil” in the year 2008 and became a popular character for viewers. In the year 2009, Sushant started work in “Pavitra Rishta” which was telecast on Zee T.V. and received three major television awards for the most popular actor and best male actor. His best performance in this serial which helped in getting films in Bollywood. After that, Sushant participated in the dance reality show Zara Nachke Dikha 2 in May 2010. Sushant worked at the same time in both Pavitra Rishta and Zara Nachke Dikha 2.  He also joined in Jhalak Dikhla Jaa 4 which is also a dance reality show and paired with the choreographer Shampa Sonthalia and became the first runner up of this season.

After that Sushant left the serial “Pavitra Rishta” for pursuing a filmmaking course abroad in October 2011. Hiten Tejwani replaced the Sushant in the most popular serial “Pavitra Rishta” due to Sushant quit this serial. Sushant auditioned for the movie “Kai Po Che!” by Abhishek Kapoor and selected for this movie. The second movie of Sushant was “Shudh Desi Romance” with Vaani Kapoor and Parineeti Chopra, directed by Maneesh Sharma and produced by Yash Raj Films. This movie is based on live-in relationships and completed shoots in Jaipur. Sushant also works with Aamir Khan and Anushka Sharma in the movie “PK” in the year 2014.

Sushant works in the movie “Detective Byomkesh Bakshi” by Dibakar Banerjee which was released on April 3, 2015. This movie was produced jointly by Dibakar Banerjee Productions and Yash Raj Films. He was work in the movie “M.S.Dhoni: The Untold Story” by Neeraj Pandey. In this movie, Sushant works as a lead role of Indian cricketer Mahendra Singh Dhoni. This movie is one of the highest-grossing movies in the year 2016. Critics praise the performance of Sushant and also nominated for the best actor in “M.S.Dhoni” by Film Fare Award.

After that Sushant appeared in the movie “Raabta” with Kriti Sanon in the year 2018. In this movie, Sushant played the role of Shiva.  He was appearing in the movie “Kedarnath” with Sara Ali Khan which was released in the year 2018. This movie is based on the 2013 floods in Uttrakhand. Sushant played the role of Mansoor khan which is a young Kashmiri man.

Sushant was also work in the final movie “DilBechara” with Sanjana Sanghi by Mukesh Chhabra which was the remake of “The Fault in Our Stars”. This movie was not released in May due to coronavirus. Later it was released on Hotstar and became the most viewed movie with 95 million viewers in 24 hours.

Death – Sushant Singh Rajput was dead on June 14, 2020, by hanging from the ceiling fan in his home Bandra at Mumbai. After death, Mumbai Police investigated this case as a suicide. But now this case was handled by CBI as per decision from the Supreme Court of India. The fans of Sushant were happy and hope for justice.