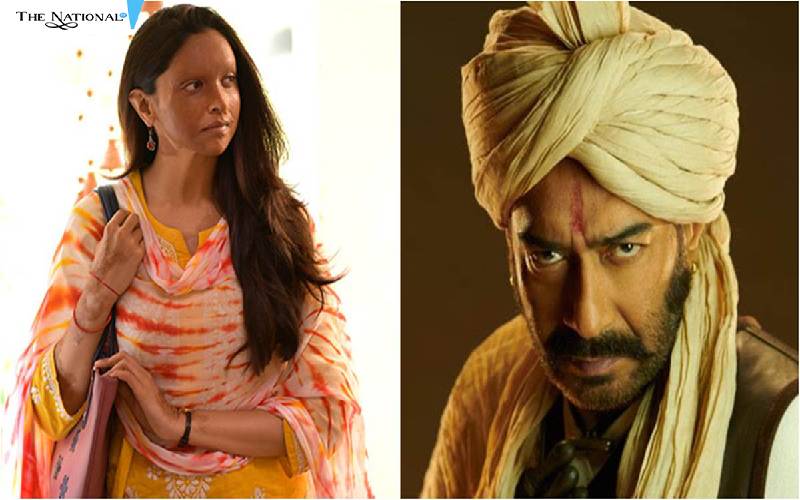 Tanhaji The Unsung Warrior, starring Ajay Devgn in title role, continues to grow even during the week. The film, which released alongside Deepika Padukone’s Chhapaak, has now crossed the Rs 100 crore mark.

Tanhaji is based on the heroic saga of Chhatrapati Shivaji Maharaj’s commander Tanhaji Malusare. Saif Ali Khan plays the antagonist Udaybhan Rathod while Kajol plays Ajay’s onscreen wife, Savitribai, in the film. It was made tax free in Uttar Pradesh on Tuesday. Ajay thanked UP chief minister Yogi Adityanath and wrote,

“Thank you Shri Yogi Adityanathji for making #TanhajiTheUnsungWarrior Tax-Free in Uttar Pradesh. I would also be delighted Sir if you watched our film. @myogiadityanath #TanhajiUnitesIndia.”

Meanwhile, Chhapaak on Tuesday collected around Rs 2.55 crore. The film now stands at a total collection of Rs 23.92 crore. Deepika plays an acid-attack survivor named Malti in the film which has Vikrant Massey as the male lead. The film was made tax-free in Rajasthan and Madhya Pradesh.

Deepika’s visit to the Jawaharlal Nehru University is being considered the reason for the film’s underperformance. However, trade analysts believe otherwise. On being asked if the controversy hampered Chhapaak’s box office run, film trade analyst Girish Johar had told Hindustan Times, “No, I don’t think so. The film performs on the basis of what it is.”