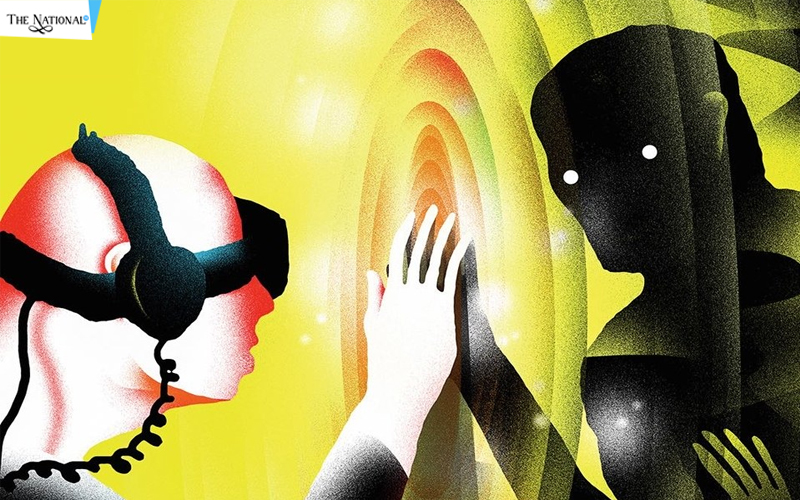 Swedish philosopher Nick Bostrom argues that if our technology continues to advance then it is likely that at some point in the future we will able to create computer simulations which perfectly replicate the world populated by simulation of brains which has all the cognitive functions and conscious awareness of a real person.  It is possible that you are one of the simulated minds as there might be no way to tell the difference between the real world and virtual reality in which you exist but this only means that you could never be completely sure that we are living in a simulation. Bostrom's argument differs in that it argues at least one of the following is true.

1. Almost all civilizations at our level of development become extinct before becoming technologically mature.

2. The fraction of technologically mature civilizations that are interested in creating simulation is zero.

3. Either all civilizations become extinct before creating the technology to build simulations or they have no interest in building them or you are most certainly living in one right now.

This is because when the technology has advanced enough we could create and run millions of these virtual worlds. This would mean that there would be billions more simulated minds than real one making it mathematically much more probable that you are one of the simulated minds. The argument does not tell us which of the above three possibilities is more likely only that at least one of them is true and if you discount the first two then the third inevitably follows.

If at some point in the future we develop the technology and start building a simulation. This will be strong evidence for rejecting the first two premises and would then have to accept that we are most likely already living inside of one but if we are already living in a simulation and we start building one ourselves and how many layers of reality could there be, we don't know!