Startup of the Month 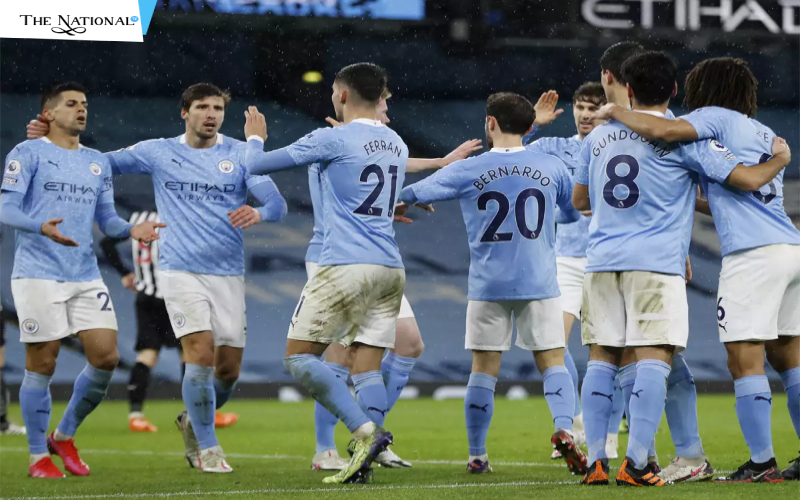 Manchester City kicks off the New Year at Chelsea on Sunday, eager to move on from a recent COVID­19 outbreak and get back to putting pressure on Premier League leader Liverpool. The match, cast into question when COVID­19 forced City to close facilities and postpone Monday’s game at Everton, is set to go ahead after the visitor returned to training on Wednesday. Confident league Surging infections in London and the postponement on Wednesday of Tottenham Hotspur’s match at Fulham, Chelsea’s West London neighbors, raised doubts but the Premier League is confident fixtures can go ahead. “Safety remains our number one priority, and the club will continue to proceed with great caution,” City said in a statement.

“The bubble will undergo further testing in the coming days, the results of which will inform and dictate the next steps.” On the pitch, eighth-placed City will be chasing a third successive league win while Chelsea needs to turn around a run of poor form that includes three defeats and a draw in their last five games. “At the moment, they are a crisis club because they are underperforming,” former Chelsea striker Chris Sutton told BBC radio after the West Londoners drew 1­1 with As ton Villa and slipped to sixth. “They are flat and that’s why (manager) Frank (Lampard) needs to get a few wins under his belt and extremely quickly because it can, as we know, turn ugly at Chelsea.”

Champion Liverpool, on 33 points from 16 matches, drew 0­0 with Newcastle United on Wednesday and travels to Southampton on Monday. Games in hand The points difference between City and Liverpool is seven, but City has two games in hand. Manchester United, second in the standings and on a nine-match unbeaten streak, hosts fifth-placed Aston Villa on Friday evening. Ole Gunnar Solskjaer’s side is three points behind Liverpool. Leeds United, fresh from a 5­-0 thrashing of West Bromwich Albion on Tuesday, travels to Tottenham Hotspur for Saturday’s lunchtime kickoff while high-flying Leicester City is at Newcastle United on Sunday. Everton hosts West Ham United on Friday and Arsenal plays at West Brom on Saturday. Sheffield United, with two points from 16 Premier League games, travels to Crystal Palace, which is on a five-game winless run, on Saturday.

Start-up Founder Of The Month: A Visionary Entrepreneur 'Vijay Kantharia'