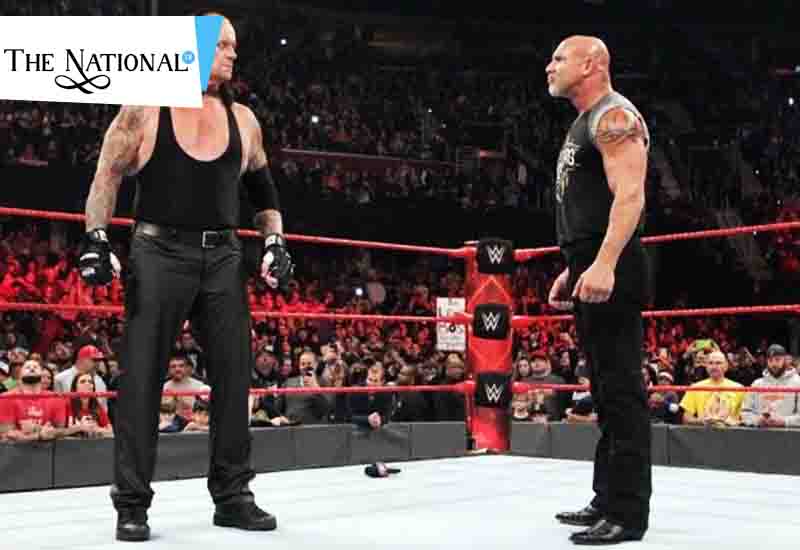 WWE named their third main event at the super show down that will be between undertaker and goldberg. he will be returning to the ring after a gap of two years and face fellow veteran undertaker. it was the third main event that was being announced by wwe. other two will be triple h vs randy orton and 50 men royal rumble match. biggest in the wwe history. it will take place on june 7 in saudi arabia.

Other WWE stars who will be in the ring in the Asian country are WWE Champion Kofi Kingston, WWE Universal Champion Seth Rollins, Roman Reigns, Braun Strowman, AJ Styles and Brock Lesnar. WWE Super ShowDown will once again be held at King Abdullah Sports City Stadium in Jeddah, Saudi Arabia.Goldberg has not wrestled for WWE since losing the WWE Universal Championship to Brock Lesnar in a highly entertaining five-minute match at WrestleMania 33 in 2017.

It is reported that WWE made an estimated $70 to $80 million in 2018 for two Saudi shows, where WWE featured stars from both past and present. With Goldberg vs. The Undertaker announced as a marquee match, WWE Super ShowDown is expected to be no different.

Even though their combined age comes to 106 years old!