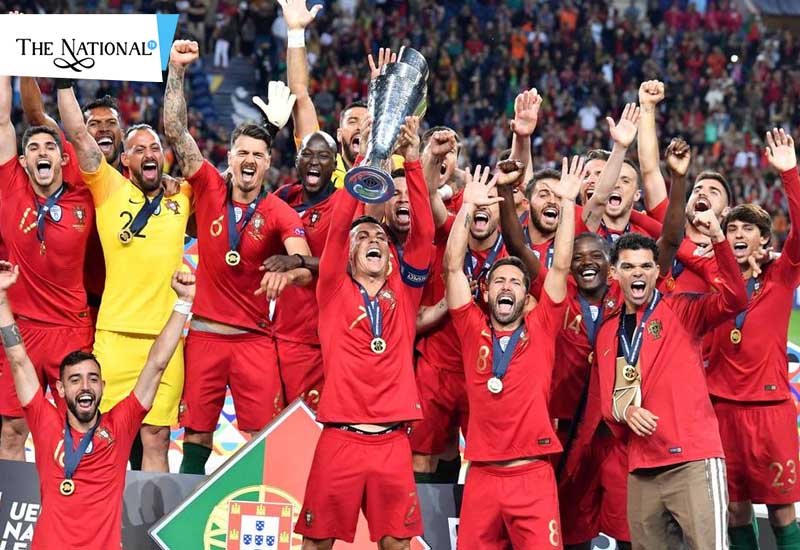 Portugal beat netherlands 1-0 to life the UEFA national league title. the goal was scored by goncalo guedes on sunday final.

Portugal had less possesion but were more dangerous whenever they got the bal. With the guuidance from the GOAT cristano rolando himself they maanged to beat the netherlands and add another trophy to their cabeint after they ruro 2016 trophy uder the coach ferando santos.