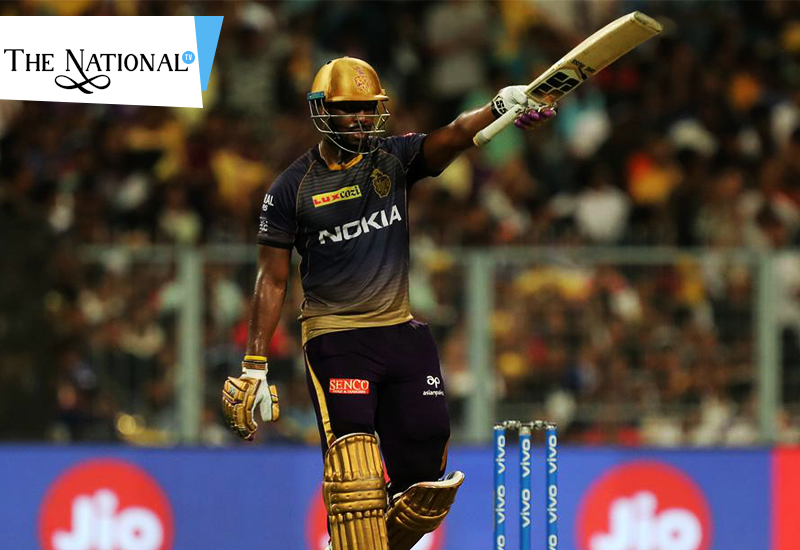 After the russell strom hit the field in the first innings that helped kolkata to post a total of 232/2 highest of this ipl. He made 20 runs in the final over of the innings that made his indiviual score to reach 80 runs in just 40 balls, with six fours and eight sixes.

russell got the chance to bat up the order and face more deliveries which he made most of it. after the briliant display of batting from chris lynn and shubnam gill openers of the night it was russell show to finish the innings in style. after being dropped by evin lewis he made surethat  he make most the second life he was handed. he gave a great show to the spectators.

then came mumbai to bat. rohit sharma, the man who is looked upto while the have to chase such big targets. he did not step up his game. after few good shots he was dismissed cheaply by harry gurner. after lossing wickets early the come to bat hardik pandya who is known for hitting big shots with ease. he proved himsef with a feirce display of batting and silenced his critics. he even gave justice to the fact that why he is in the india's world cup squad. hardik pandya stood tall amid the ruins scoring 91 runs of just 34 balls. missed on the century but no regrets as he almost handed mumbai a victory single handedly. hardik's batting outshone the jamacian magic on the field.

results were not in favour of mumbai but as per a worldcup point of view, India would be happy to see their men in good form.