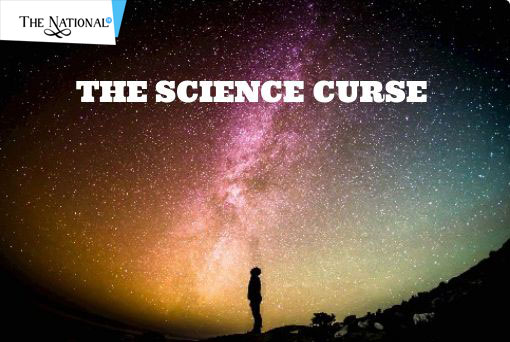 The modern age is an age of science. Science has brought about a revolution in the life of man. It has made life easier and comfortable. It has conquered time and distance. It has played a great role in curing deadly diseases. It has revolutionized industry and Agriculture. It has landed a man on the moon. Artificial satellites provide information in advance. Science is the best friend of man. Sciences produced very effective pistols, automatic, assault Rifles recoilless guns. Tanks are just like moving fortresses.

They are been modernized every day. They let loose a reign of fire within miles. At the same time, science has proved to be the worst enemy of man it has become a threat to human existence it has done the greatest this Service to Man in the field of armaments. It is given deadly and destructive weapons of War. Science has become a terrible danger. It was in the 15th century that gunpowder was invented. Since then, it has been added to the store of deadly weapons and explosions. Not only detectors but even democratic rulers Look upon Science as their most reliably in war. It has become handmade of modern state scientists working for monetary gains to discover a new formula for killing the largest number of human beings in the shortest possible time. Science can rightly be called the mother of humanity. Then there are bombs of various types like and Granites are the most elementary things.

There are worms that cause burns second world war with nest atom bombs one bomb. Each was dropped on Hiroshima and Nagasaki by America. It killed thousands and thousands of people with a radius of 10 miles. The present atom bombs are more deadly and destructive. A hydrogen bomb is even more destructive than an atom bomb America has invented a neutron bomb. This bomb rain over Earth and they are carried by bombers and there is various type of bombers with the latest equipment. America has F-16's while Soviet Russia has MIG-29. Even during the Second World War Hitler would send hundreds of plants that would cast their shed on London.

Tenders are rockets and missiles which day may be described as flying bombs they fly by themselves no airplanes are required to drop them there are Intercontinental ballistic missiles and medium-range ballistic missiles. The Intercontinental missiles fly thousands of miles to hit a fixed target Washington can hit Moscow and vice versa. No place is secured these days and there are anti-ballistic missiles also nucleya powdered submarines given a new dimension to war tone. However, it has no fault of science and it is the fault of man which depends upon him as to what purpose it wants science to serve and man should mend himself. Science will be at the service of mankind.