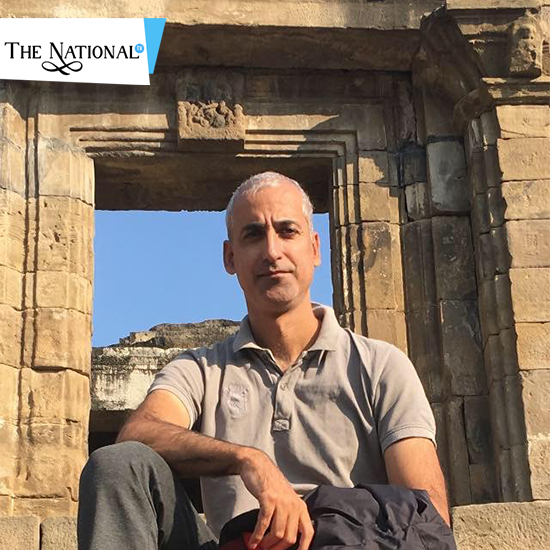 “When You Go Home, Tell Them Of Us And Say,
For Your Tomorrow, We Gave Our Today”

This illustrious epitaph composed by John Maxwell Edmonds evoke a strange kind of disrupting feeling that is difficult to put across in the words. Soldiers choose to let go off their bliss to protect their soil. They along with their families endure the horrific repercussions of the wars without allowing the shadow of murky devastation to affect the nation they serve.

From witnessing scorching heat to bearing the life-threatening cold, Indian Army is known for its exceptional valour. There arrives a day when a few of our true heroes abruptly bid final adieu while fighting the real battle perhaps with these final words:

“You have never lived until you have almost died,
And for those who choose to fight,
Life has a special flavor,
The protected will never know!!!”

While they embrace death with utmost grace serving the country, we can only imagine the pang of their parents’ despair. Bringing a soul into this world only to experience a soul-piercing pain throughout life is unimaginable. The aftermath of such a tragic event triggers a perpetual vicious-circle of grief phases experienced by the families of immortalized soldiers, their friends and colleagues.

During such time, they need a helping hand to cope up with their unbearable grief. That’s when one man decides to step out of his comfort zone to pay homage to the enduring fortitude of immortalized soldiers and their families.

Visit https://twitter.com/manhasvikas41 to know more about a compassionate soul, driven by the utmost zeal to bring a smile on the faces of the families of immortalized soldiers.

In this interview with Hiranshi Mehta, Vikas Manhas shares how a common civilian went on to become a soldier’s storyteller.

Which was that life-changing moment, when you realized your true calling to lend the emotional support to the families of immortalized soldiers?

I went to attend a family wedding to my hometown Bhaderwah, (Jammu & Kashmir). After a brief encounter with a group of soldiers who initially mistook me for terrorist, life resumed to the normality. The very next morning, I learnt that 7 soldiers lost their lives during an ambush. A strange emotional turmoil began to engulf my mind and my heart while their mortals were being consumed by the sacred fire. That was perhaps a life-changing moment for me when I gained insight into my true calling.

I was disturbed as no policy did exist to send the mortals of the soldiers to their homes. I could not pursue an idea of paying homage to the bereaved families due to the lack of information. This scenario lasted until the outbreak of the Kargil War.

The first immortal soldier whom I visited was Grenadier Udayman Singh (18 Grenadiers) who was awarded a Sena Medal. This visit marked my beginning with an unconventional journey.

Tell us about your background.

I did pursue BSC from Jammu University and MMS from Bombay University. I am settled in Jammu wherein I live in a joint family. I run a travel company named Enjoy Unlimited Holidays (http://enjoyunlimited.com/) that leaves me with a sufficient time to pursue my true calling.

What was the first reaction of your family, friends and colleagues when you thought to share your yearning to lend emotional support to the bereaved families of immortalized soldiers?

I never planned to embark on this journey. It all happened naturally. I would barely talk about it in front of my acquaintances. As far as my family members are concerned, they never did try to dissuade my pursuit.

Did you ever come across a disappointing situation wherein a family of an immortalized soldier refused to acknowledge your genuine intention to lend them unconditional emotional support?

Not disappointing but yes I can narrate one disturbing incident. My father asked me to visit Major Rajesh Nair’s family in Pune. Major Rajesh Nair (4RR) had immortalized himself during a terrorist encounter in my village in Bhaderwah. After a few failed attempts to contact his wife (Mrs Supriya Nair) for paying homage, could finally meet her, due to the efforts of Geeta Aunty, who had also lost her son Lieutenant Nawang Kapadia (4/3 Gorkha Rifles) during a terrorist attack at Kupwara in 2000. That’s when; Mrs Nair narrated how a leading publication’s reporter chased her to cover a story on Major Rajesh Nair that never got published. On confronting that reporter, she learnt that the editor discarded the draft commenting that it is devoid of interesting and exciting details.

How do you handle the emotional stress and awkwardness before breaking the ice with the grief-stricken family?

When I look back to my initial years of journey, I feel I have evolved as a compassionate soul. The traumatic isolation phase begins after a few months after immortalization of a soldier. When I pay a visit to a family, I refrain talking about the immortalized soldier. I do share the stories of the families of other immortalized soldiers. Also, I do put efforts to connect one bereaved family with another. That is how; I end up in accomplishing my purpose of comforting them.

Do you recollect any incidence wherein you received negative feedback from anybody regarding this unusual social contribution? How did that make you feel?

Well, not exactly negative feedback but yes some people ask un-thoughtful questions like what difference your gesture will make. Nevertheless, I do not pay attention to such comments.

Tell us about a few of the previous experiences that left you speechless and utmost emotional and how did you handle yourself?

There are so many unforgettable emotional experiences. Visiting Major James Thomas’s family is certainly one among them. Major James Thomas (10 SIKH LI) immortalized himself while fighting with terrorists in 2006 in Poonch (J&K). Government awarded Kirti Chakra to him for his unforgettable gallantry. I met with his elder brother and his mother Mrs Merry Kutty. After a while, I came to know that Major Thomas’s Wife Mrs Neeta, lost her battle to cancer. I became emotionally numb wondering how would I face the two little angels who lost both their parents? I waited for 5 minutes until both the daughters (Ms Sherryl and Ms Charlottee) arrived but those 5 minutes seemed like as if an aeon had passed.

The second incident belongs to my visit to the family of Lance Naik Kishen Sing (20 Lancers – 55RR). His home was somewhere in a remote village in Churu District of Rajasthan that is still reeling under the pressure of eradicating social evils. With the help of my acquaintance’s wife co-operation, I managed to pay homage to his mother. Her face was covered with a long veil and she was sobbing. I was taken aback post meeting his wife as I could not imagine the social boycotts faced by her as a widow. She was restricted to meet with anybody. She was refrained to use washroom except for early morning and late at night. To sum up, she was forced to lead a repulsive lonesome life. Undoubtedly, for the parents of immortalized soldiers, the tragedy was too harsh to cope up with. That time, I could not help but recollect a poem:

“A tear ran down her cheek
As she read the words he wrote
His dad sat at the table
With a lump in his throat
The letter was stained
With blood mixed with sand
It was a letter
From their son in a far off land…………..”

What do you aim to be known for?

I have earned the title of ‘The Soldiers’ Storyteller’. This title perfectly does justice to my ideology along with reflecting my belief of being the chosen one to put forward the countless stories in front of the world that deserve attention.

Have you ever thought about forming a dedicated group comprised of like-minded people who too would be interested in associating with your noble cause?

Yes, the idea struck to my mind many times. People would join me on my journey of paying homage to the bereaved families in an unconventional manner, only to leave this journey halfway. After all, my unconventional journey demands utmost commitment. Those who can commit whole-heartedly are always welcome. However, I would also like to mention a few platforms that impart an opportunity to the people to lend pertinent contributions. They include

https://www.facebook.com/CaptainTusharMahajan9Para/: Mr. Devraj Gupta and Mrs. Asha Gupta (Major Tushar Mahajan’s Parents) founded this trust in the memory of their beloved son. This trust was founded out of the compensation that they received from the government. From time to time, it launches various initiatives related to social welfare.

The National TV aims to lend voices to all those less heard stories towards which others show no care. We have a favor to ask. We need your constant support to spread the awareness related to the above-mentioned initiatives. At a time when our soldiers are risking their lives, we all can at least devote some time and contribute a bit for such noble causes.

Support our journalism by subscribing to ‘The National TV’. We welcome your comments at https://thenationaltv.com.