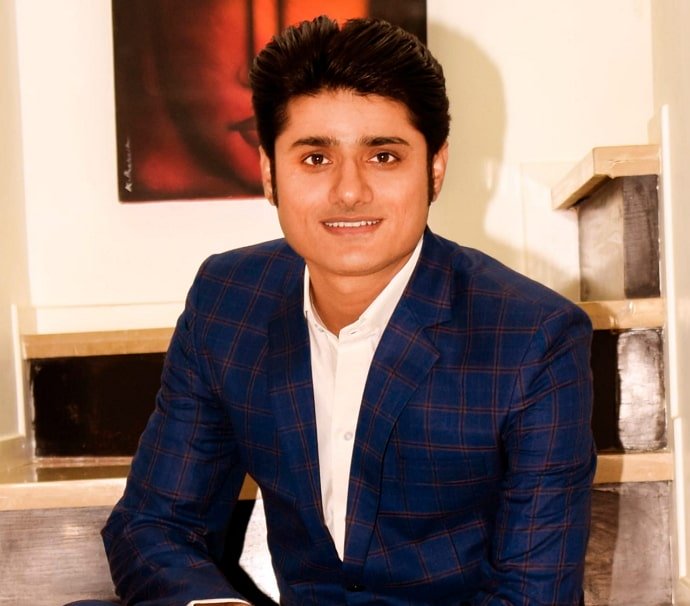 My family thinks my career is over - Sandip Ssingh

Sandip Ssingh, the producer of Prime Minister Narendra Modi’s biopic, who has been accused by certain media houses for his alleged involvement in actor Sushant Singh Rajput death, has come out in the open to talk about the whole controversy and said that all the allegations against him have been very stressful. He added saying that he and his family now thinks that his film career is over as it has hampered his image in the public domain.

Two days back, Sandip shared private chats he had with late actor Sushant Singh Rajput and Sister Mitu Singh in a bid to prove his friendship.

He shared messages with Sushant dating from November 2016 to June 2018 on Instagram and wrote, “Sorry Bhai, my silence has broken 20 years of my image and family into pieces. I was unaware that friendship requires a certificate in today’s time. Today I am making our personal chats public, as this is the last resort which proves our equation.”

He also explained his presence at Sushant’s residence immediately after the actor’s death and what happened with the driver that took Sushant to Cooper Hospital. During an interview with a leading news agency ((IANS), Sandip said that he made the chats public because his silence made him fall prey to media trial and widespread criticism. "My family is asking me to leave Mumbai, my society people are asking me to leave the society because since the last 20 days the media is crowding in front of my building and banging on my car whenever I go out. People are chasing me at the airport. Why?" he ranted.

Which brings up the rumour that he is allegedly planning to run away to the UK? Relying on this allegation, Sandip said, "I think that is a very small allegation. There are bigger allegations against me, from a BJP leader, and a Congress leader -- about molestation, about me being a murderer, about me being a planner, a drug peddler and all these rumours. Every day there has been a new allegation against me, which has brought me into stress. It has broken my confidence and affected my family," He added: "My family thinks my career is over. I pray nobody goes through what my family and I went through these last months. I am not able to eat, sleep, work or even step outside my house. The actual lockdown has started for me only now. For days now, the media is standing right outside my house and I don't know how to handle all these things."

With questions being raised on Sandip Ssingh's "purpose" of being present at Sushant's house on the day of his death, and making a call to the ambulance driver two days after Sushant's demise on June 16, Ssingh declares that if such attitude continues, "we will soon lose faith in humanity." "Why? Because I did a mistake of going to my friend's house when I heard the news? And stood by his family when they were in Patna, Chandigarh and the US, and (Sushant's sister) Meetu didi was alone at home? My mistake was not to think like others who did not come to his house, hospital or funeral? Is it a crime to support his family? In a lockdown, in Corona, I went all out. I am a Bihari, and when we see even a stranger's body being carried, we offer a shoulder, and Sushant he was my friend," Ssingh asserted.

He added: "I also went to Irrfan's (Khan) funeral. I also went to Sridevi, Yash Chopra, Jagjit Singh and Shammi Kapoor's funerals. I have been in the industry for the last 20 years, and have made friends. Should I not respect such relationships?"  If Ssingh has now made his WhatsApp texts with the late actor and his family public, why was he silent till now?

"I was ashamed of releasing on social media my chats with Sushant and Meetu didi. It is the worst thing one could do, but I had no option. I have been silent for so many days, listening to abuses. Who gave people the right to abuse my mother and sister? That is why I got angry and decided to come out and speak," Ssingh said, adding: "People have written that I have connections with Dawood. If that's true then where is the money? Why am I asking other people to fund my films? ".

According to a news channel’s report, Sushant and Sandip were not in touch for the past ten months. It further suggested that the last call between him and Sushant was made in September 2019. On June 14, Ssingh was one of the first people to arrive at Sushant's residence after the news of his demise had emerged. A few days back, Sushant's niece Mallika Singh stated in her social media post: “The family does not know who Sandip Singh is. Meetu Masi fainted after she saw the body, so somebody had to make sure she could walk okay and he just happened to be there. I repeat, she doesn’t know Sandip Singh.”

Recently, Maharashtra home minister Anil Deshmukh said that he has been receiving many requests to investigate Sandip’s alleged drug links. He said that he will forward these requests to the Central Bureau of Investigation (CBI).

When asked Sandip why he was not in touch with Sushant since September 2019, "He was a star. He was doing 'Chhichhore' and 'Dil Bechara'. From January 2019 onwards I started casting for 'PM Narendra Modi'. Is that a joke? Was I making a comedy film? It was a big responsibility. What happened during the film's release, everybody knows. I went through trauma. So I was busy with my work and he was busy with his, but that doesn't mean we didn't care about each other. We would have connected once we were free," claimed Ssingh. A few days back, Sandip Ssingh's media manager took to Twitter to share the news that the producer is set to file a defamation case against those who are ‘spreading rumours’ about him in connection with the Sushant Singh Rajput case.