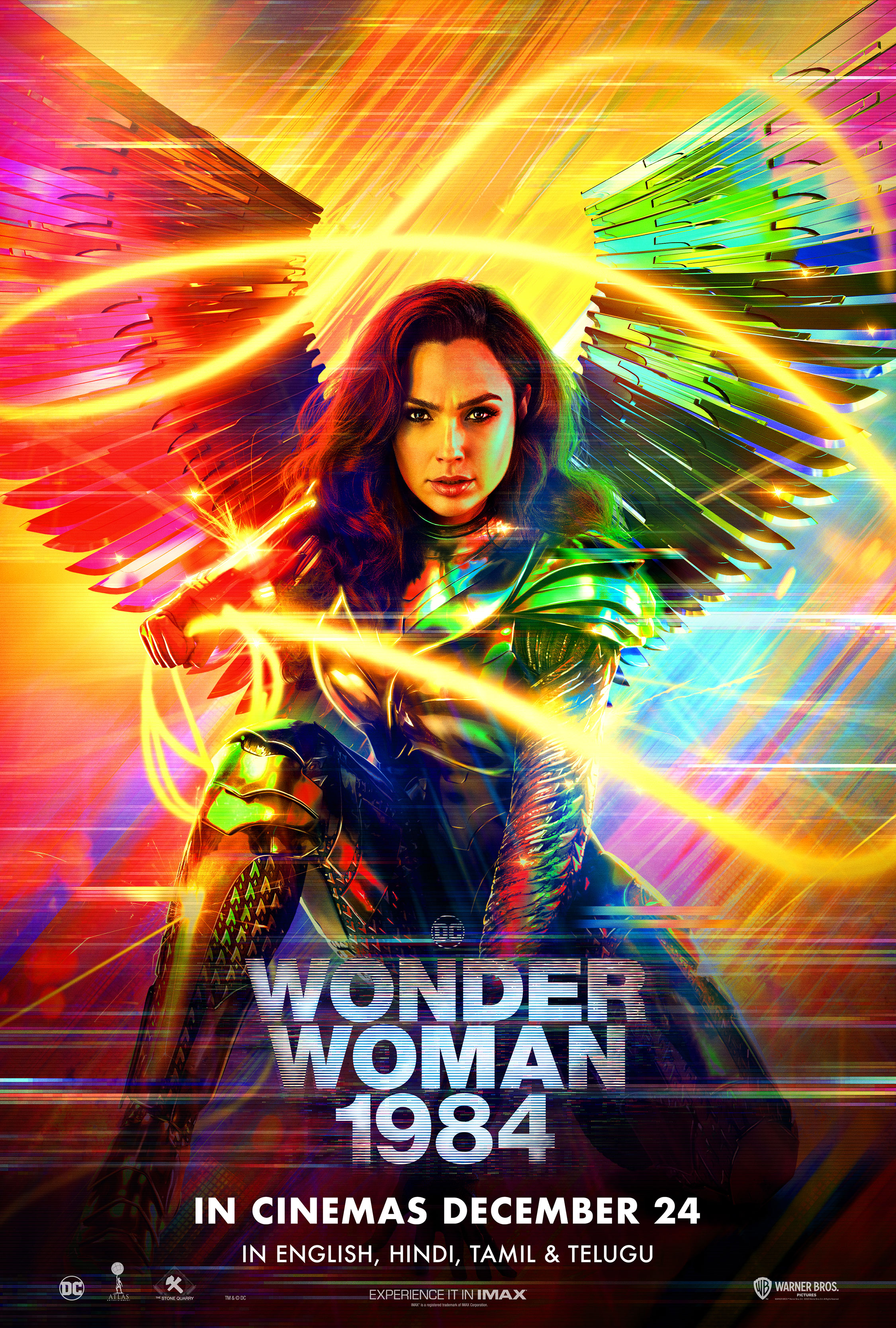 IT’S TIME FOR A HERO!

Wonder Woman 1984 is all set to release in Indian cinemas on December 24 in English, Hindi, Tamil & Telugu. Fast forward to the 1980s as Wonder Woman’s next big screen adventure finds her facing two all-new foes: Max Lord and The Cheetah.

With director Patty Jenkins back at the helm and Gal Gadot returning in the title role, “Wonder Woman 1984” is Warner Bros. Pictures’ follow up to the DC Super Hero’s first outing, 2017’s record-breaking “Wonder Woman,”. The film also stars Chris Pine as Steve Trevor, Kristen Wiig as The Cheetah, Pedro Pascal as Max Lord, Robin Wright as Antiope, and Connie Nielsen as Hippolyta.

Talking about the film, director Patty Jenkins says, "This is a classic tale told through a great SuperHero with a true “superhero” cast, and it’s an incredibly epic journey, but... What the story is and how it unfolds? I think less is more, the less I say, the more surprised the audiences will be."

“After ‘Tenet’, we are very proud to release another crowd pleaser in December. It is a perfect seasonal family entertainer, one that can best be enjoyed only on the Big Screen.” – Denzil Dias, VP & MD, Warner Bros. Pictures (India). Warner Bros. Pictures Presents an Atlas Entertainment/Stone Quarry Production, a Patty Jenkins Film, “Wonder Woman 1984.” It will be distributed in theatres and IMAX worldwide.