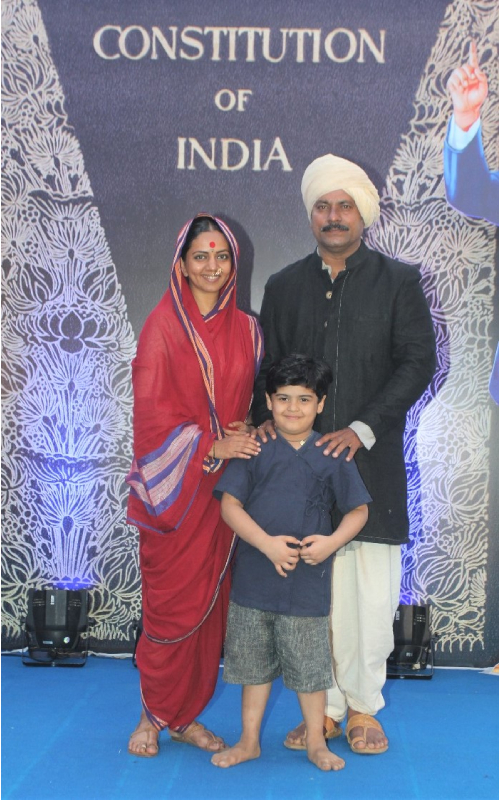 He believed that the only way India could foster national unity and stability was through instating a unified code of One Nation One Constitution. On our Samvidhan Diwas, let us remember all his greatest works and contribution to our society.” Adding to this, Neha Joshi states, “Dr B.R Ambedkar, was the first leader to lead the Women Rights Movement. He was one of the most prominent voice for women empowerment. Through the Hindu Marriage Act, Hindu Succession, Guardianship Act, and the Hindu Code Bill, he gave a voice to the women community in fighting for their rights and encouraged them to stand shoulder to shoulder with the men. Dr B.R. Ambedkar laid the foundation of a unified India by bringing millions of Indians under the ambit of one nation and one Constitution. His teachings and philosophy still resonate with the Indians across the country, even today. And what better day to remember Dr Ambedkar and his immense contribution in shaping the Indian Constitution than our Samvidhan Day.”

&TV’s Ek Mahanayak – Dr B.R. Ambedkar is an inspirational story of Babasaheb and his journey from the tender of five, to him becoming the prime architect of the Indian Constitution. Produced by Smruti Sushilkumar Shinde’s SOBO Films, the show airs on &TV at 8:30 pm, every Monday to Friday.