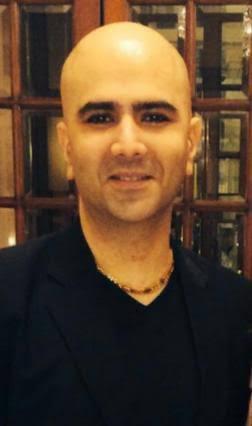 IMPPA (Indian Motion Pictures Producers' Association) helps Mumbai Police to nab a copyright violation and illegal telecast of iconic films on Channels. Recently, Puneet Prakash Mehra, son of legendary filmmaker Prakash Mehra approached IMPPA to intervene and assist him with the on-going illegal telecast of landmark film Zanjeer on certain channels. A number of channels telecasted the film without obtaining the rights or having any authority to screen it and to make matter worse, some even acquired the rights through forged and bogus agreements prepared and signed by a copyright violation nexus which is exploiting the hit films produced by renowned makers who are no more.

IMPPA verified the issue raised and after thorough internal and external verification and investigation, decided to guide and advise Puneet Prakash Mehra via legal route. IMPPA helped Puneet with the police complaint and even issued letters to Sr. Inspector, Juhu Police as well as Deputy Commissioner of Police, Bandra Police Station requesting them to take immediate action in the matter as it was a serious matter of cheating, looting, and exploiting illegally the property.

With IMPPA backing Puneet, the case was referred to the Crime Investigation Unit of Mumbai Police who have acted swiftly and nabbed a number of high-profile people running the nexus. People like Sanjay Verma, CEO of Maha Movie TV Channel, Raju Khan, Ghanshyam Suraj Giri have been arrested. Though Narayan Sharma owner of Box Cinema has obtained anticipatory bail.

Mumbai Police raided the office of Maha Movies and seized the server and found that Maha Movies had also telecast the films Jadugar, Laawaris, Mohabbat Ke Dushman, Muquddar Ka Sikandar, and Zanjeer without acquiring rights from the producer.

“We are very grateful to the Mumbai Police and particularly Joint. CP Law and Order Mr. Vishwas Nangre Patil and Crime Investigation Unit headed by Ins Sachin Waze for their understanding the complexities of the crime and taking action against the culprits for which swift investigation and action the entire Film Industry will always be grateful to them” said TP Aggarwal, President IMPPA.