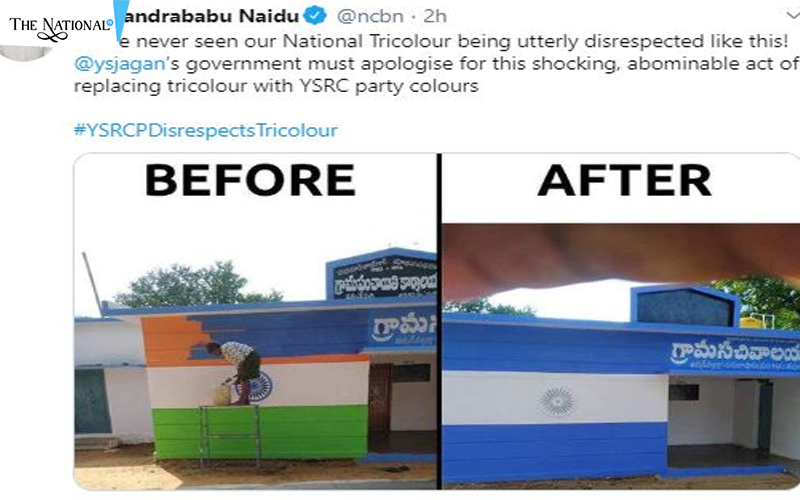 He wrote, "I have never seen our National Tricolour being utterly disrespected like this! @ysjagan's government must apologise for this shocking, abominable act of replacing tricolour with YSRC party colours #YSRCPDisrespectsTricolour." Taking advantage of the situation, the BJP also criticised the move Kanna Lakshminarayana, party's state unit president, took a jibe at the state government.

He said that the Jaganmohan Reddy government has failed miserably except in painting buildings with party colours, News18 reported. However, officials said that they were following directive given by state panchayat raj and rural development commissioner M Girija Shankar. According to the directive, all panchayat buildings will have to be painted in YSRCP party colour along with a photo of Jaganmohan Reddy on the panchayat nameplate.