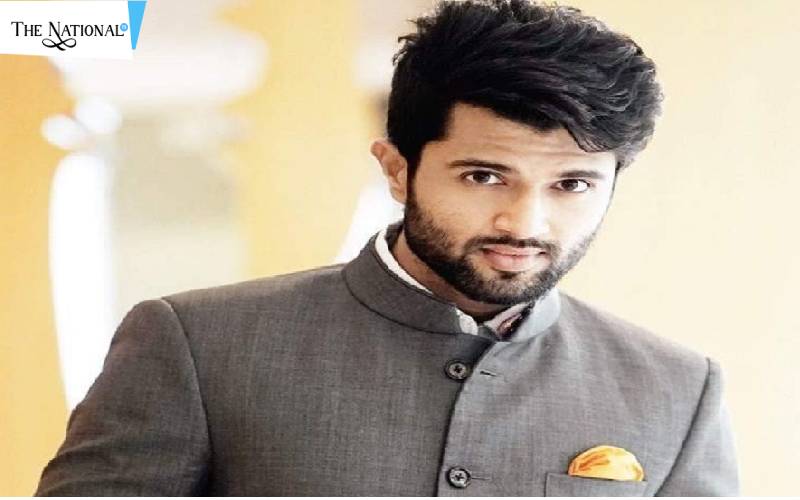 Vijay was born on 9th May 1989 in Achampet, Nagarkurnool district. He has done in his schooling in Puttaparthi, Sri Satya sai school. He likes his school very much and feels it was one of the causes of what he is now. Later he studied in Hyderabad Little Flower College and Badruka college of commerce. Vijay’s father was an actor and TV director. His mother was a Proprietor of SpeakEasy in Hyderabad; she was a soft skill and personality developer trainer. He has one younger brother Anand who works in Delloite in the USA.

To start with, he found a minor role in Sekhar Kammula’s ‘Life is Beautiful’. It was while doing Kammula’s film that Devarakonda was first introduced to Nag Ashwin, the assistant director then. Upon seeing his potential, Ashwin cast him for the 2015 movie ‘Yevade Subramanyam’ alongside Nani. The film was a commercial success and established Devarakondo’s career as an actor. He then found a lead role opposite Ritu Varma in the romantic coming-of-age film ‘Pelli Choopulu’ by director Tharun Bhascker Dhaassyam.

‘Pelli Choopulu’ was one of the biggest blockbusters of the year both critically and commercially and catapulted his career to massive heights. The film not just became went on to be commercially successful but also won the 64th National Film Awards in the category Best Feature Film in Telugu. It made him the overnight sensation of the Telugu film industry. Devarakonda career has been on a meteoric rise ever since. He has featured in a couple of films recently, including ‘Dwaraka’, ‘Arjun Reddy’ and ‘Ye Mantram Vesave’, all of which have been commercial hits.