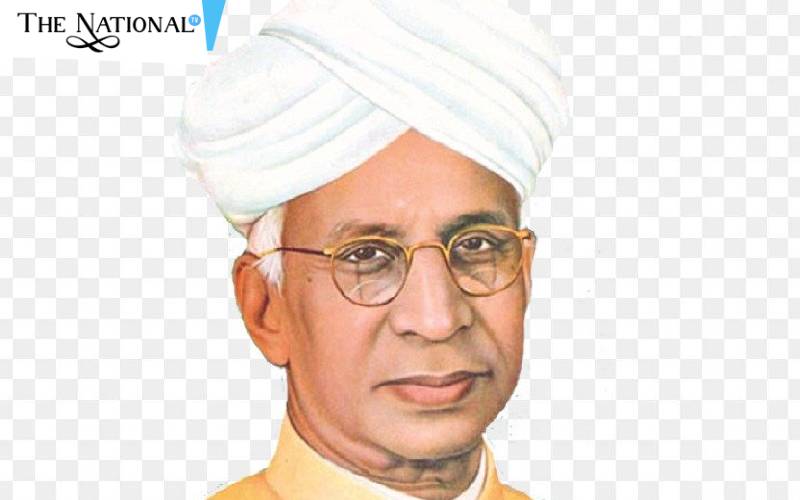 Sarvepalli Radhakrishnan was an Indian philosopher and statesman who served as the president of the nation from 1962 to 1967. Prior to this, he had served as the first Vice President of India from 1952 to 1962. An educator by profession, he had ventured into politics quite late in life. Born into a poor Brahmin family in southern India, he grew up to be an intelligent and bright boy with an unquenchable thirst for knowledge.

His conservative father did not want the boy to learn English and hoped that he would become a priest. But the young Radhakrishnan excelled in his studies and attended the Madras Christian College on a scholarship and graduated with a master's degree in philosophy. He embarked on an academic career and with time established himself as one of India's most distinguished 20th-century scholars of comparative religion and philosophy.

He was influential in shaping the understanding of Hinduism, in both India and the West. It was only after India’s independence in 1947 that he became involved in politics. After representing India at UNESCO, he was made the country’s first vice president and later the president. His birthday, 5 September, is celebrated in India as Teachers' Day.

Sarvepalli Radhakrishnan was born on 5 September 1888, in Thiruttani, Madras Presidency, British India, into a Telugu Brahmin family. His father's name was Sarvepalli Veeraswami and his mother's name was Sitamma.

His father worked as a subordinate revenue official in the service of a local zamindar (landlord) and the family was a modest one. He did not want his son to receive an English education and wanted him to become a priest. But life had other plans for the young boy. Radhakrishnan received his education from K.V High School at Thiruttani before moving to the Hermannsburg Evangelical Lutheran Mission School in Tirupati in 1896.

A good student, he earned many scholarships. He attended Voorhees College in Vellore for some time before moving on to the Madras Christian College at the age of 17. He studied philosophy and earned his master’s degree in 1906. His thesis for the M.A. degree was on "The Ethics of the Vedanta and its Metaphysical Presuppositions".