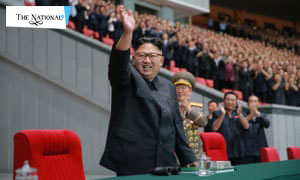 Recently, social media and various media houses were guessing high over Kim Jong Un’s disappearance. But is this the first time? No! This is really not the first time when North Korean leaders have played their card of disappearing and letting the whole world in doubt about their existence. These so-called disappearances are rather seen as a tactic to know how much the world is curious to know what’s happening inside the isolated, nuclear-armed nation and thick walls of secrecy under their leadership.

Kim Jong Un’s absence has brought in lots of speculation about his health and existence but such absents and disappearances are a long going trend since the leadership of Kim Il Sung. Following him, it was Kim Jong Il, the famously reclusive father of Kim Jong Un who was subject to countless reports and rumors about his demise before he actually died in December 2011 which was also told to the world 2 days later of his demise. And then comes to the current ruler Kim Jong Un who is nowadays speculated as either “gravely ill”, “in a vegetative state” or “perfectly fine” following heart surgery that may or may not has happened. As there is no way out for news from North Korea thus it becomes very difficult to know whether he’s in good health or not.

In 2014, Kim vanished from people’s eyes for nearly six weeks after which he came out with a cane to which a South Korean spy agency said that he had a cyst removed from his ankle and that was the reason behind his disappearance.

In 2016, South Korean media told that according to their intelligence officials, Kim had executed a former military chief over corruption charges but months later North Korean state media had shown Ri Yong Gil alive and serving in some new senior posts.

Not only this, but there have also been many such times when Kim Jong Un has been going missing without even their own public knowing about it.  This time the speculations are quite serious as well because he even missed his late grandfather’s birthday celebration on April 15 for the very first time since he has taken the charge in 2011. However, it was on April 11 when he was last seen in a meeting on coronavirus prevention. Interestingly, there has been no coronavirus case reported in North Korea but above all that the major news in about his disappearance. However, no true report has popped out about where he is and how he is doing. So, it would not be a surprise if he pops out at any time and makes a public appearance.