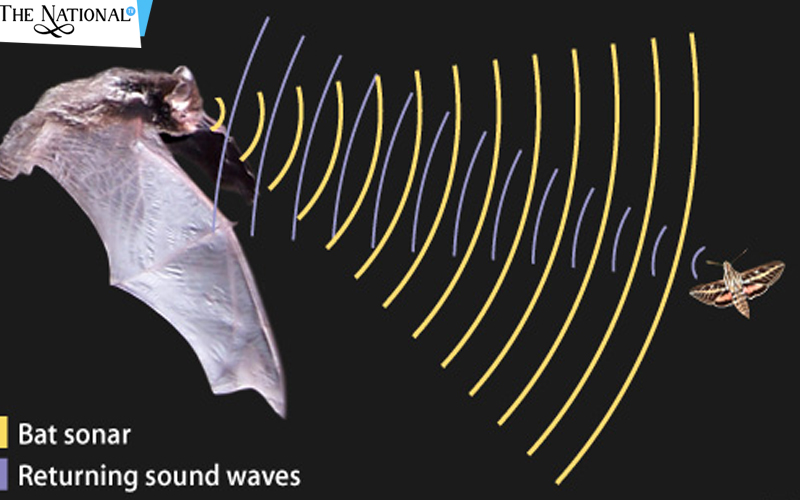 There are many animals and birds that users sound waves for identifying their prey, some of them are Bats, Dolphins, Whales. Due to sound waves, these animals identify the objects that come before them. and even distance between.

Bats uses these sound waves to travel at night. Bats produces sound waves using their tongue, mouth or nose. These sound waves are of  20db to 120db. Sound waves when produced touches the object and get reflected back and are detected by bat's ear.

While the dolphins and whales use this method to measure the depth of and presence of fishes in the sea. This wave is made frequently by the dolphins. Whale produces sound using forehead and the incoming sound waves are received by its chin. Whales produce low frequency sounds waves while traveling.