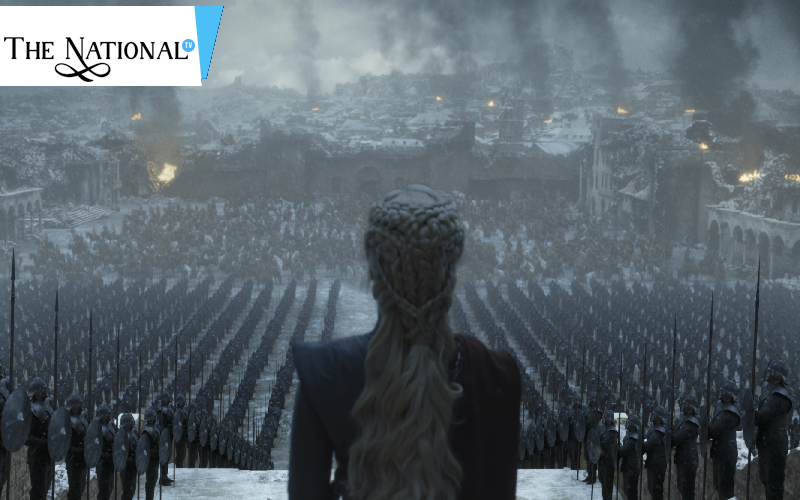 After eight seasons and 73 episodes, HBO’s long-running smash series, “Game of Thrones”, wrapped up on Sunday, with one more shocking demise and an unlikely character named as king.

The last episode of the medieval fantasy based on the novels of George R.R. Martin ran roughly an hour and 20 minutes to conclude the storyline of more than a dozen characters and intertwining plots.

The fierce competition for the fictional Iron Throne - the seat for the show’s ruler, made of hundreds of swords - ended with a death and an unexpected choice to rule the fictional kingdom of Westeros.

The series had become the cornerstone of HBO’s primetime offerings, but its final season was also its most divisive, with both fans and critics finding specific plot twists, particularly the handling of one primary character, troubling.

HBO says the record-breaking final season drew 43 million viewers on average for each episode in the United States alone, an increase of 10 million over Season 7 in 2017.

Most notable in fans’ criticism was the malevolent turn by Emilia Clarke’s Daenerys Targaryen, the “Dragon Queen,” who used her dragon to lay waste to the show’s fictional capital after her enemies had surrendered.