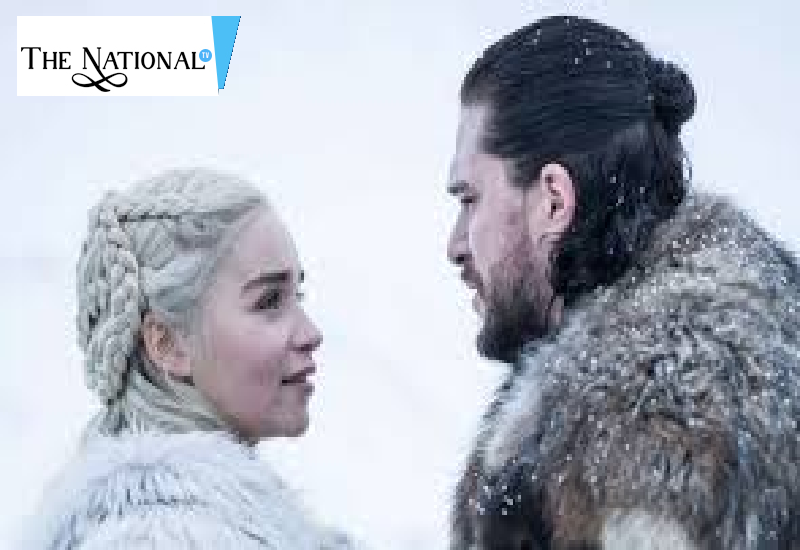 It’s hard to believe that anyone ever considered Game of Thrones a risk. Now entering its eighth and final season, the HBO fantasy series has grown to become one of the biggest TV shows ever made. It’s won 47 Emmy Awards, more than any other prime-time scripted television series, and even won a Peabody Award in 2012 – an honour created to recognise powerful and enlightening storytelling in the media. Plus, it’s also now pretty much impossible to mark the passing seasons without declaring: “Winter is coming.”

That said, let’s dial back to April 2011, when the show’s very first episode premiered on HBO. It’s a time when the success of Game of Thrones wasn’t yet a done deal, with critics tackling the first episode with a mixture of excitement and trepidation. There was a monumental amount of hype around its debut: the network had originally ordered a television pilot based on George RR Martin’s (still, as of this day, incomplete) A Song of Ice and Fire series back in 2008. The books were popular with both readers and critics, but, more importantly, they’d become of particular interest to Hollywood execs in light of the Lord of the Rings craze of the early 2000s.

Filming began the following year, but HBO was unhappy with the footage, ordering much of it to be reshot, while recasting several key roles (including Daenerys, with Emilia Clarke being a later addition to the project). A full season was ordered in March 2010, with filming taking place in July in Belfast, Northern Ireland, and Malta. By January 2011, the hype around the series had also helped A Game of Thrones, the first book in the A Song of Fire and Ice series, reached the top of the New York Times Bestseller list.

These expectations weighed heavy on the very first reviews for Game of Thrones. The AV Club’s Todd VanDerWerff was wary of the “copious amounts of cash” HBO had invested in the series, reflected in the “incredible production values, a seriously deep acting bench, and a vague sense that this isn’t a traditional TV series, but rather a 10-hour movie”. Indeed, the idea of showrunners selling their dramas as “10-hour movies” is now a fairly commonplace practice, but in 2011, Game of Thrones was a major pioneer in the shift towards prestige TV.

However, at the time, this narrative was intimately linked with Martin’s books. It’s an issue that is obviously no longer a concern now that the show has caught up – and moved beyond – the source material, but the show’s initial reviews are deeply concerned with the differences between book and screen. There was a sense that the audience for Game of Thrones was split neatly in two: those who knew what was coming next in the story, and those who had no clue.

VanDerWerff mentioned how the first episode “tosses the audience into the deep end of the pool and expects at least a dog paddle”, threatening to overwhelm newbies with its "sheer onslaught of information”. Den of Geek’s Ti Singh suggested that the show could have benefited from a “Lord of the Rings-style prologue” to avoid its characters doing so much expository heavy lifting. Yet reviewers were still impressed as to how the first episode communicated so much information in such little time, with The Guardian’s Sarah Hughes calling it “surprisingly well-paced”. The Hollywood Reporter’s Tim Goodman, meanwhile, praised the show for offering “a superior complexity without ever making you think that you’ve lost the connection to the story”.

What’s most interesting about these early reviews, however, is how they perceive Game of Thrones’s future. There’s a nervousness here, which suggests critics were uncertain whether the HBO series could live up to such lofty ambitions. Poniewozik questioned whether it could “stick the landing”, while VanDerWerff said the series was “just getting its legs underneath it”. Several critics called the premiere the weakest of the first six episodes initially released to critics, with Entertainment Weekly’s James Hibberd describing it as “sluggish-feeling”, while Poniewozik pointed out that it lacks the kind of showstopper moment that immediately established the tone of the likes of Deadwood, The Wire, or Mad Men. Sure, it’s only through hindsight that we see how unfounded these.

fears were, but Game of Thrones’s early reviews are a reminder that greatness isn’t always guaranteed.