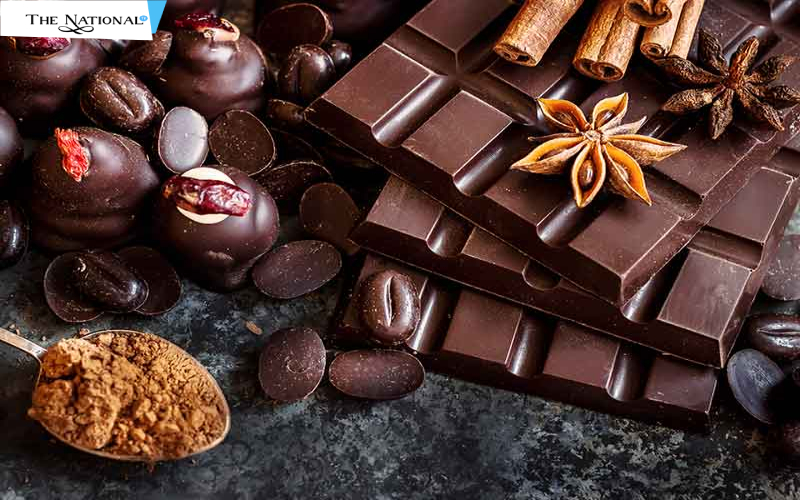 Chocolate is so much more than a snack to eat while binge-watching Netflix all night long. Just one piece has so much history and hidden usages behind it, you would be surprised how powerful it really is and how many interesting chocolate facts exist.

- The scientific name for the tree that chocolate comes from, Theobroma cacao, means “food of the gods.” The smell of chocolate increases theta brain waves, which triggers relaxation.

- Chocolate is the only edible substance to melt around 32°C ( 90°F), just below human body temperature. That’s why chocolate melts in your mouth.

Did you know where the very first chocolate bar was invented?

The very first chocolate bar was created by Fry and Sons, a British shop, in 1847. The shop combined cocoa butter, chocolate liquor, and sugar to form a mostly solid type of treat.

Did you know chocolates can improve your memory?

Scientists have been studying the effects of chocolate on humans for many years, trying to find potential health benefits. A study conducted at the Columbia University Medical Center may have proven that chocolate can improve your memory. In this experiment, participants were given a beverage that contains a high dose of cocoa flavanols. This is an antioxidant that is found naturally in chocolate. The participants were instructed to drink this beverage every day for three months while they had their memory tested. The group who consumed this drink had a 25% better performance than the control group. Brain scans that were taken during this study also found an increase in functionality of the part of the brain that helps new memories to form.

A study completed at the University of Granada discovered that this so-called common knowledge may, in fact, be wrong. In 2013, scientists studied almost 1500 teens and took note of any changes to their waist circumference, body mass index, and body mass percentage. The teenagers who regularly consumed chocolate in their diet have lower levels of fat in their abdomens and lower total body fat. Before you trade in all your vegetables for chocolate remember everything in moderation.

Chocolate has the power to widen blood vessels and can even help reduce blood pressure. Not to mention, it is very effective at keeping the main populous awake and focused for hours. A recent study at Northern Arizona University on the effective ability of chocolate keeping over 120 subjects awake. After being fed 60% cacao dark chocolate the subjects were kept awake and alert beyond levels that the scientists conducting the study were expecting.