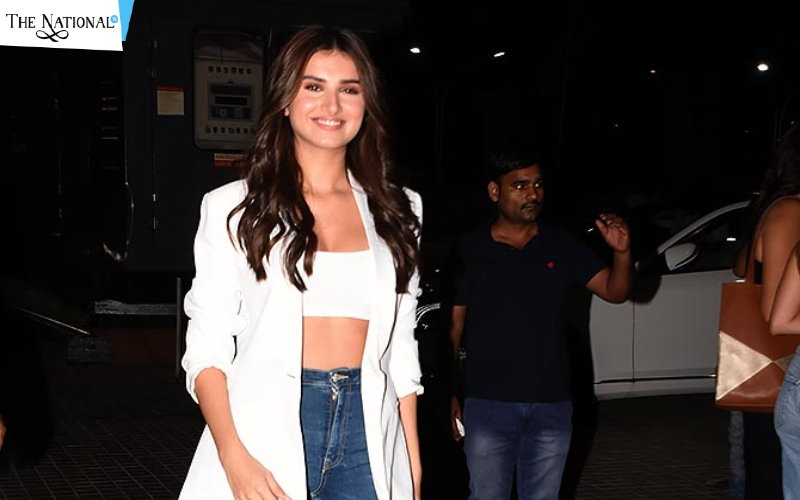 Bollywood debutante Tara Sutaria is leaving no stone unturned to look her best. Be it an evening or morning looks, Tara's ensembles are always on point. The young starlet has been causing a lot of storms because of her sensible fashion sense and chic style statements.

Student Of The Year 2 opened a lot of doors for Tara Sutaria to flaunt her phenomenal acting and sophisticated fashion sense. The childhood actress who grew famous with Disney shows is applauded for her impeccable style and graceful attitude.

The actress was recently spotted in a white suit teamed with a turtleneck sweater. Tara's formal attire featured a cropped blazer that looked stunning on her. The actress often picks high-waisted pants while her sartorial choice reminisces us back to the 90's poster models.

To sum up her look, Tara brought the house down in gold-rimmed glares. In regard to Tara's makeup, she chose subtle makeup that looked wintry and soft.

On the work front, Tara Sutaria recently featured in Marjaavaan opposite Ritiesh Deshmukh and Sidharth Malhotra. The movie did well at the box office. As of now, the young starlet has been sparking dating rumors with her rumored beau Aadar Jain.

The millennial actress's intricate style is applauded by the audience. Tara is beyond just a bunch of talent, she also sings opera and has auditioned for animated movie Aladin for Jasmine's role. The actress seemed fit for the role.

Tara will be next seen in Tadap, alongside Bollywood debutante Ahan Shetty. The film will go on floors and release in 2020.

Tara Sutaria is a well-known actress, she kick-started her TV career in 2010 as a child artist in Disney India's Big Bada Boom. Later, Tara's success became unstoppable, she starred in channel's popular and successful sitcoms such as The Suite Life of Karan & Kabir Oye.