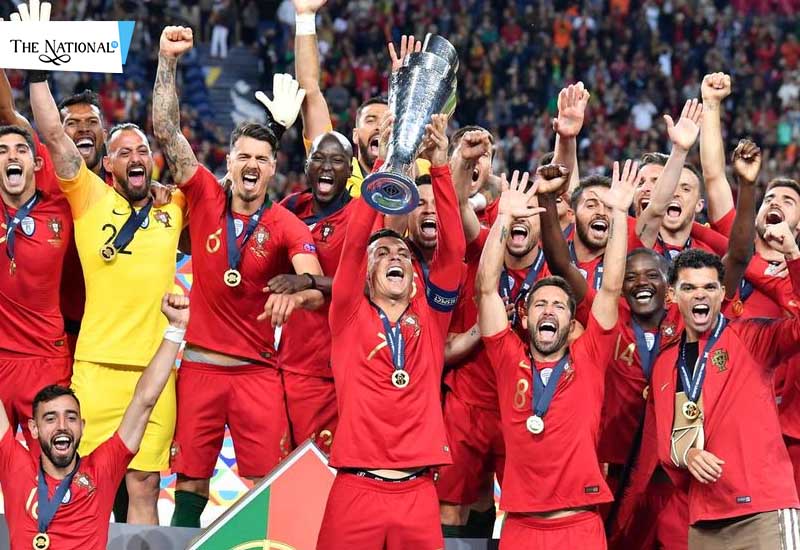 Courtesy of the Guedes only goal of the match, Portugal lift this newly inaugurated UEFA Nations League Title in final against the Netherland on Sunday.

Portugal vs. Netherlands results in Portugal winning the first ever UEFA Nations League thanks to the well-crafted goal by the Goncalo Guedes giving a solitary win over Dutch. It was Portugal second international success after the UEFA Euro 2016 and second European team to host and win the international final at their home after France 1998 World Cup win at their soil.

The Valencia forward Goncalo Guedes is given the preference over Joao Felix in the starting XI, nutmegged an opponent in the buildup of goal, receiving one-two the Bernando Silva before finally dispatching the ball in the bottom right corner of the Jasper Cilessen goal post. The ball is strike so superbly and powerfully as the ball ricochet past the Jasper gloves into the side net.

The Portugal Prodigy Cristiano Ronaldo has its moments but couldn’t get his chances. In the semi-finals, he did get a brilliant hat trick but could not wave his magic at the finals.

Possession wise, Dutch has the bigger stats but throughout the game, Portugal was more threating side as they added the second title under the coach Fernando Santos following the UEFA Euro 2020 success against France. Much after the Guedes goal, the Dutch side did find the site of the goal but could not reach behind the Wolves goalkeeper Rui Patricio brilliance at the goal post.

Some Stats of the match

1.    Portugal is the second international team to host and win at their soil a major trophy after France beat Brazil 3-0 in the 1998 World Cup.

2.    Shockingly, Netherlands have lost 4 of their 5 international major finals, 3 in the World Cup and 1 in the Nations League.

3.    The Dutch side has never won against Portugal in Portugal losing four and drawing 2 out of their six meetings.

4.    The Valencia Forward Guedes has been in fine form for Portugal scoring 3 goals and 2 assists in his last 8 appearances.

5.    The Dutch side first strike came in the match on the 65th minute by then Portugal had 14 shots on goal and a lead.

6.    Jasper Cillessen is now the fifth goalkeeper to have 50 international appearances for the Dutch side.